Commerce and Industry Minister Piyush Goyal that the players in the sector should start lowering prices and, if the worst comes to the worst, write off investment as bad business decisions.

Realtors body CREDAI and NAREDCO, which together have 25,000 members, said there is an additional tax burden on home buyers and developers if the transaction/deal value is lower than the existing circle rates by 10 per cent or more.

Circle rate is the minimum value that state governments have set for the sale or transfer of a plot, built-up house, apartment or commercial property.

Reacting to suggestions on cutting prices to clear inventories, NAREDCO president Niranjan Hiranandani said: "Reducing the price of a home more than 10 per cent below ready reckoner rates results in the additional tax burden on both buyer and builder. It is not a solution that works."

CREDAI chairman Jaxay Shah said the real estate is in distress due to poor demand on account of disruption in the past caused by the GST, the new realty law RERA, demonetisation and liquidity crisis in the NBFCs as well as the current COVID-19 pandemic.

The costs of raw materials and labour have increased post lockdown, he said.

In a virtual closed-door meeting held with the Naredco members on June 3, Goyal is heard saying in a leaked video that the government is trying if some concessions can be allowed in ready reckoner rates.

If concessions are not allowed, builders will have to sell their unsold inventories, he said.

"But unless you reduce your rates, believe me you are stuck with your material," Goyal said adding builders have to choose either between remaining stuck with their inventories and default on loan repayment or get rid of their stocks and move forward.

"...If any of you here feel that the government will be able to finance you in such a way that you can hold longer and wait for the market to improve, the market is not improving in a hurry. Things are seriously stressed and your best bet is to sell," Goyal told developers.

Both CREDAI and NAREDCO demanded that necessary amendments should be made in the Income Tax Act.

They also sought circle rates or ready reckoner rates to be realistic and in line with prevailing market prices.

Goyal noted that the developers who sold their inventories and cleared debt have survived while those who kept holding on to their prices and are having huge loans have suffered.

"Even if a few developers in select cities, want to reduce the costs they might be unable to do so owing to the shortcomings with the current Income Tax clause," Shah said, and demanded that the government should cut GST rates, stamp duties and interest rates on home loans to boost demand.

Hiranandani said his association has been making representations to remove this technical problem and it awaits a positive response to the same.

"From HDFC chairman Deepak Parekh to honourable ministers, the solution suggested is simple: unsold inventory results in holding and interest costs; rather than bear this burden, it makes sense for the developer to sell.

"And, if price points which are in existence since the last three or more years of unsold inventories are not resulting in sales, the price point needs rationalisation.

“The logic is not flawed; most players in the industry acknowledge this," Hiranandani said.

However, he said this has not happened so far because of a technical problem.

"If a developer reduces the price of a home by more than 10 per cent below circle rates/ ready reckoner (RR) rates; both seller and buyer have to pay additional amount as tax," Hiranandani said.

The NAREDCO President said that the Section 43CA of Income Tax Act, 1961, states that any developer selling his inventory at a discount of more than 10 per cent of the ready reckoner valuation of the said property, will have to pay tax on the discount allowed.

"This difference between the sale price – i.e. the discounted purchase price for the buyer and ready reckoner price, this is taxable as income in the hands of the buyer under Section 56 (2)(x) of Income Tax Act, 1961," he said.

Hiranandani said this results in double taxation of the same amount, the first time in hands of developer as a tax on notional income, and then in hands of buyer as tax on discount earned presumed to be an income.

"The way out, which Indian real estate has been mentioning in representations to authorities, has been either reduction in circle rates/ ready reckoner (RR) rates or removing Section 43CA and 56 (2)(x) of Income Tax Act, 1961," the NAREDCO president said. 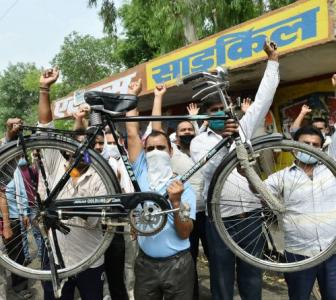 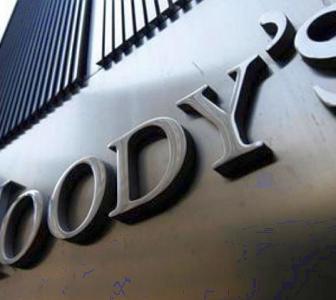