Rate cut likely by September; Which stocks to buy? 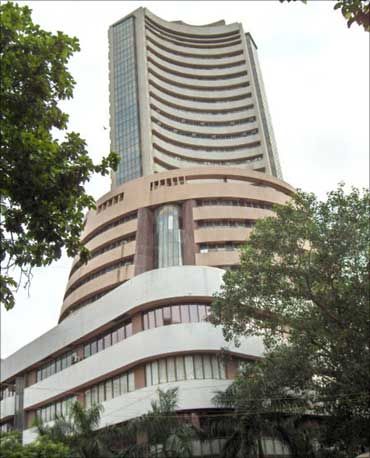 The markets ended lower after the Reserve Bank of India maintained status quo on key rates.

The S&P BSE Sensex and the CNX Nifty that slipped over one per cent each in intra-day deals as a knee-jerk reaction, recovered partially to close at 28,072 and 8,517 levels, respectively.

The central bank’s accommodative monetary policy stance will be subjected to fuller transmission by banks of RBI’s earlier rate reductions into their lending rates; progress of monsoon and inflation, especially the food prices and its management; US Federal Reserve’s stance on rates and acceleration of policy efforts.

While the Bank Nifty and CNX Auto indices gained 0.3 per cent and 1.1 per cent, respectively, CNX Realty ended down 0.3 per cent.

CNX PSU Bank Index, however, was the biggest gainer that moved up over three per cent by close.

Analysts say the markets seem to be taking a cue on future rate cuts from the tone of the policy.

A fall in the markets, they say, presents a good opportunity to buy rate-sensitive stocks.

“By September, we will have a clear idea about monsoon and inflation outlook.

"If commodity prices remain at the current levels till September, it will be a positive cue for RBI.

"As regards the US Fed, they would increase rates marginally in September, if at all they do increase.

“Having said that, there are still a lot of challenges for the markets at the global level. I expect September to be a volatile month for the markets.

However, my Nifty target for December still remains at 10,000,” he adds.

He also expects RBI to cut rates ahead of its next scheduled review of the monetary policy.

“The key monitorables that RBI has highlighted are the factors that even the markets will be keeping a tab on going ahead.

"Monsoon has been better in May and June than India Meteorological Department’s prediction.

"Prices of two biggest import items, gold and oil, are likely to stay benign in the medium term. I will not be surprised if RBI effects a rate cut ahead of the next scheduled policy review,” Bodke said.

“The markets are already discounting one rate hike by the US Fed this year.

"RBI has lowered the inflation forecast for the first quarter of calendar year 2016 (Q1CY16), which should be taken positively by rate-sensitive stocks.

"The efforts to resolve the non-performing asset issue across sectors should be a positive for banking and non-banking financial companies stocks. It is a good time to start accumulating rate sensitive, capital goods, cement and auto ancillaries stocks,” he adds. 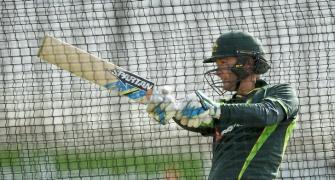 Question my performance but not my desire: Clarke 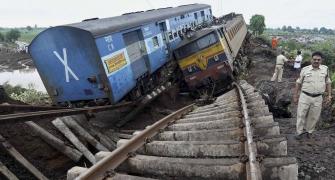 24 dead as 2 trains derail while crossing a bridge in MP; 250 rescued