Rajan said that while there were talks about Jan Dhan, it was difficult to target transfers to people through this tool. Jan Dhan, he said, does not really work as advertised. He warned that banks were going to see an unprecedented rise in bad debts and the sooner the problem is recognised the better it would be.

At an event organised by the National Council of Applied Economic Research (NCAER), Rajan said that in her article, the finance minister talked about how wonderful Gyan Sangam had been for bank reforms, but he warned that the level of non-performing assets (NPAs) was going to be unprecedented in six months from now, if these were really recognised at their true level.

Gyan Sangam is an event where policy makers meet bankers.

Rajan, who is now the Professor of Finance at the University of Chicago's Booth School of Business, said one way to deal with bad loans was the National Company Law Tribunal (NCLT), but it had been suspended.

"We are in trouble, the sooner we recognise the better it will be," he cautioned.

How would the system deal with the mounting bad loans in the financial sector, he asked.

Rajan said that while there were talks about Jan Dhan, it was difficult to target transfers to people through this tool.

"We are still talking about universal (basic income) because we can’t target transfers. Jan Dhan does not really work as advertised," he said.

The finance minister wrote that the PM Jan Dhan Yojana launched in 2014 had provided over 390 million poor people access to banks and their services.

"Together they have over Rs 1.32 trillion in these accounts," her article said.

Rajan said not many people recognised that the pandemic was different from a normal recession.

"It is damaging the  players in the economy seriously. Households are going to be deeply starved with very low reserves.

"It is hard to imagine that many of them will start consuming after the initial bout of pent up consumption," he said.

Rajan cautioned that one should not mistake pent up consumption for normal consumption.

"Our MSMEs are in deep trouble. They started in a bad way with the series of shocks they were subject to before the pandemic.

"With the pandemic, a significant portion will not survive. That is true of the US with all the support.

"Think of India, where there is no support. How many will start up after that," he wondered.

Rajan warned that focusing on credit rating was just "nuts" in this environment.

"Credit rating does not depend on just the level of debt, it depends on how you are going to grow out of that debt.

"If we have a seriously damaged economy, we are not going to grow out of that debt," he said.

He said one positive in the economy was agriculture, which was doing well and the government had come out with reforms for the sector.

"These are the reforms which have been talked about for a long time, but will these be implemented?" he asked.

"These can certainly be beneficial for a significant portion  of our economy," he said.

In her paper, Prachi said the discretionary fiscal support to deal with the crisis had been tepid in India.

While the government claimed that its fiscal support amounted to 10 per cent of the country's GDP or over Rs 20 trillion, Prachi said it was 1.8 per cent of GDP or Rs 3.6 trillion, lower than not only advanced economies, but many emerging market economies as well.

Even then the Centre's fiscal deficit would to balloon to 7.1 per cent of GDP, she said.

The country's debt to GDP ratio would jump to 85 per cent in the current financial year and even higher in the coming years, she said.

Prachi said markets and credit rating agencies appeared to be less worried about the worsening of fiscal and debt position in the short-term -- "in fact it is the reverse".

"They appear to be more concerned about the fact that India may  not have the administrative and fiscal capacity to implement a large fiscal support, and that would be a headwind to growth," her paper reads.

What would reassure markets and avoid further credit rating downgrades is not lower fiscal spending in the  short-runas many perceive, but most importantly a strategy to revive growth, combined with a credible fiscal plan for the medium term.

Prachi pegged India's economic contraction at 4.5 per cent in the entire 2020-21 and 45 per cent in April-June quarter- on-quarter basis (annualised).

Economist Shankaracharya found Prachi optimistic in the sense that at this level of quarterly contraction, there would be a 10 per cent contraction for the entire financial year.

Vijay Joshi, reader in economics, Oxford University, said there should be immediate cash transfers to the needy to the tune of at least one per cent of GDP or possibly two per cent of GDP.

Half of it should be funded in the normal way and the remainder through monetisation by the RBI, he said.

Former RBI governor D Subbarao said the current crisis was different from the previous crisis in three ways -- it emerged from the non-financial sector, it was geographically wide-spread and the uncertainty was much deeper now. 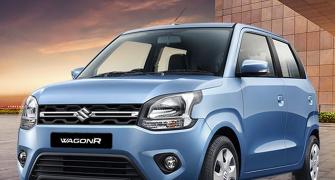 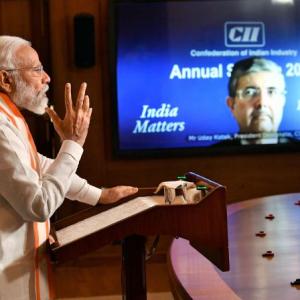