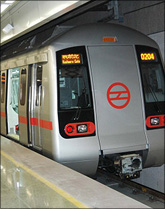 Anil Dhirubhai Ambani Group company Reliance Infrastructure (R-Infra) will soon be the official owner of the second phase of the Mumbai Metro project.

The state government and the company will sign a concession agreement for the Rs 11,000-crore (Rs 110 billion) project on Thursday, according to sources.

The R-Infra consortium was the sole bidder for the project when the bid was opened in August last year. The transfer of this special purpose vehicle (SPV) to the consortium was delayed due to Assembly elections in Maharashtra, they said.

R-Infra has a 48 per cent stake in the SPV and 26 per cent each is with Reliance Communication and Canadian engineering major SNC Lavalin.

The second phase will pass through Charkhop, Bandra and Mankhurd areas, with a 32-km line. It would connect the Western and Harbour lines, areas connected by train in the city, sources said.

The first phase of the project, being constructed by a consortium of Reliance Infrastructure, connects various suburbs like Andheri, Versova and Ghatkopar. It is expected to be functional by the end of this year.

A consortium member of the company, Delhi Airport Metro Ltd, is constructing a 23-kilometre line connecting Dwarka in New Delhi to the airport.

The R-Infra consortium has been given nine months to achieve financial closure and five years therafter to complete construction of the second phase of the Mumbai Metro. The Maharashtra government will provide Rs 2,298 crore (Rs 22.98 billion) as grant or viability gap funding. 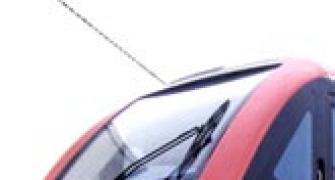