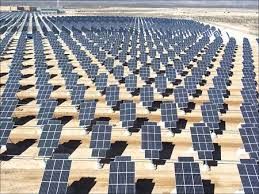 The ministry of new and renewable energy set a target of adding 1,100 Mw of solar power capacity in 2014-15.

The ministry's website puts the achievement at just 750 MW.

The shortfall wouldn't seem as significant if it wasn't for the fact that the National Democratic Alliance government hopes to generate 100,000 Mw of power through solar projects by 2022.

The underperformance highlights the optimistic expectations of the government in revising the previous regime's target of 20,000 Mw under the Jawaharlal Nehru National Solar Mission fivefold, despite the country adding less than 1,000 Mw of solar capacity per year in the five years since the scheme's inception.

The current installed solar power capacity in the country is a mere 3,062 Mw, and the 2022 objective is, therefore, looking increasingly improbable.

Targets beyond that look almost impossible to achieve.

"If India is to get 60 per cent of its 2035 electricity needs from solar power, it would need to build solar power plants that generate 1,600 gigawatts," points out Tobias Engelmeier, founder and director, Bridge to India, a consultancy firm monitoring foreign investment in India's renewable energy sector.

"From today's base, that would require 35 per cent growth every year. And given today's solar cell efficiencies, the solar cells would occupy around 1 per cent of India's total landmass."

Indeed taking the proportion of solar power in the energy mix from under 1 per cent at the moment to around 10 per cent in seven years is a Herculean task.

This will require a huge investment in the power grid infrastructure for generation, transmission, storage and smart supply and demand management.

The government calculates this sum to be $110 billion, or an outlay of over $15 billion annually. Market experts say around $6 billion of this could come from foreign investors.

However, analysts point out that potential investors are waiting for a comprehensive policy that addresses all the hitches in the plan.

As one of the largest private equity firms operating in the renewable energy business says, "What we see are just numbers. What we want is a game plan to make these numbers come real."

The problems are aplenty.

The current grid capacity is incapable of handling infirm and unpredictable solar power on as large a scale as envisaged.

For three years, the project to provide alternative transmission network for renewable power through 'green corridors' has remained on paper.

Officials in state-owned Power Grid Corporation of India, which drafted the plan and is to execute the project, say they are on wait-and-watch mode.

"There is not enough generation for us to set up an alternate transmission network," explains a senior official.

"So, we are only setting up sub-stations to pool renewable power from states and feeding it to the main grid."

There are two such substations at present, one each in Tamil Nadu and Rajasthan.

This is not adequate.

"Power Grid Corporation has to ramp up its plans," says an executive of a US-based solar power company operating in India.

"The main hiccup is the lack of proper power evacuation infrastructure. Setting up a mega solar plant is not daunting, taking the power to where it is needed is."

Even the back-end story isn't impressive.

There is an annual demand for solar cells that can generate 3,000 Mw of power, but the Ministry of New and Renewable Energy says that even of the 1,260 Mw installed manufacturing capacity, only 240 Mw is operational.

Around 70 per cent of solar power projects in India run on imported content, pushing up operation costs.

The price of cells made in Singapore, USA, Canada, Japan and the European Union is 75-90 cents.

Naturally, even though solar power price has fallen 60 per cent in the last three years, at around Rs 6.5-7 per unit currently, it is still almost double the cost of conventional power.

Also, for the fourth year in a row now, most states have failed to meet their renewable purchase obligation, under which distribution companies, captive power producers and open-access consumers are obliged to meet a part of their needs through green energy.

In the three years since this compliance was made mandatory, major states have met only half of their obligations.

In 2012, only solar-power-rich states such as Gujarat and Rajasthan fulfilled their obligations.

The states have got away because there is no penalty for non-compliance.

Piyush Goyal, minister of state for coal, power and renewable energy, managed to get commitments worth $200 billion from Indian companies as well as foreign investors at RE-Invest 2015, the first ever global renewable energy conference held in New Delhi in February this year.

That perhaps indicates the global interest in India's renewable energy prospects. The enthusiasm now needs to be channelled profitably with proper planning. 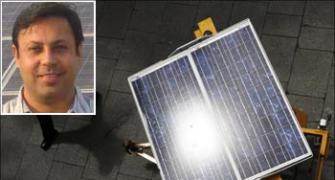 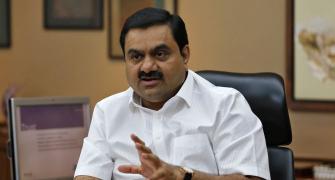