In a circular, the DGCA said, Crew should be well aware of the aircraft limitations and of takeoff/landing performance calculations during the adverse weather operations.
The regulator also said that the airlines must make available sufficiently experienced crew in the cockpit. No passengers on the SpiceJet flight (SG 6237) were hurt.

The main runway, shut after the incident, is expected to be reopened on Wednesday.

Rain, low visibility, and poor braking action on the secondary runway led to 50 diversions and 150 cancellations at Mumbai.

Rains also caused flight delays. This was the third runway excursion by a landing aircraft in the last two days after similar incidents at Mangaluru and Surat.

In a circular, the DGCA said, “Crew should be well aware of the aircraft limitations and of takeoff/landing performance calculations during the adverse weather operations.”

It added that while adhering to the minimum cockpit experience, which has already been laid down by the DGCA, the airlines should carry out their own “risk assessment” before conducting operations during adverse weather conditions.

The regulator said that the airlines must “make available sufficiently experienced crew in the cockpit”.

The International Air Transport Association (IATA) said it was collaborating with governments and stakeholders to develop safety enhancements to address bigger risks, including runway excursions.

"These accidents have the highest occurrence frequency, but the lowest fatality risk.

"In 2018, runway and taxiway excursions accounted for 25 per cent of all accidents, and 98 per cent of these accidents were non-fatal,” said Blair Cowles, regional director-safety and flight operations (Asia-Pacific), IATA.

An aircraft requires a longer runway length to decelerate when a runway is wet.

Pilots adjust brake and thrust reverser setting to enable the plane to slow down on a wet runway.

The SpiceJet pilot is reported to have complained of poor braking action.

A source said the aircraft missed the touchdown zone and landed deep into the runway.

A sudden gust of wind may have led the aircraft to float and miss the landing point, the source added.

The other possible cause is high speed on approach.

Pilots are expected to discontinue landing and make a fresh approach to the runway in case the plane misses the touchdown zone, but pilots of the Jaipur-Mumbai flight did not do so.

Critics blame poor training standards and inadequate regulatory oversight behind the recurrence of such incidents.

In the last decade, there have been 35 airline-related incidents and serious incidents in India which occurred during landing phase, a senior commander of a private airline remarked.

In a statement, SpiceJet said there were heavy rains in Mumbai and the aircraft overshot the runway after landing.

The secondary runway was opened for operations after the incident, but the fluctuating visibility and the rains caused delays.

Pilots also complained of poor braking action on the secondary runway, leading to diversions at other airports.

There were no landings for two hours in the early hours of Tuesday. 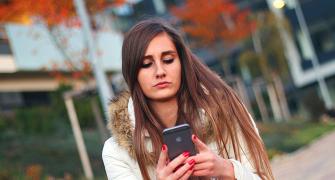 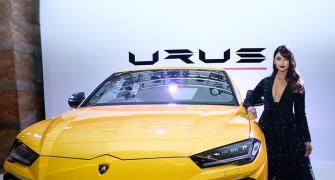