India, a hotspot for PE investments

Source: PTI
May 01, 2008 15:57 IST
Private equity investments, which ballooned to nearly $25 billion over the past four years are likely to continue strongly through 2010, driven by robust economic growth and attractive market valuations, a latest report says.

According to a study by global consulting firm Boston Analytics, around 903 private equity investments worth $24.8 billion in value were made in India from 2004-2007, with more than 45 of those deals exceeding $100 million.

According to the report titled 'Private equity landscape in India', demographic and economic factors spurred this rapid growth. The liberalisation of India's economy coupled with a middle class that grew to more than 300 million provided an increasingly diverse skill base awash with more and more disposable income thereby resulting in a large consumer base and a need for a variety of different services.

The study reveals that country's current market situation and the dynamics of its economy are likely to result in continued growth through 2010.

The major attributes favouring the country's investment climate include rapid GDP growth, favourable demographics as about half of the population is under the age of 25 and a high domestic savings rates.

Interestingly, the correction in the domestic stock market with the benchmark index Sensex dropping by 21 per cent in the first two months this year, has eased valuations of target companies for private equity investments.

Besides, a comfortable foreign exchange reserves position of $301 billion in February, the report added.  More than one-quarter of the total PE investments (28 per cent) in 2004-07 period were in the IT industry.

Manufacturing saw the next largest number of deals accounting for 17 per cent followed by Banking, Financial Services and Insurance (BFSI) and healthcare with 10 per cent each.

Although BFSI represented only one-tenth of the number of companies invested in by private equity firms, the sectors 93 deals accounted for the largest share of the $24.8 billion transacted.

"As many would expect, the IT sector was very active in the past four years. However, India's rapid economic growth, relaxation of regulatory constraints in several sectors and active stock markets have made India an attractive destination for private equity investments," Boston Analytics vice president Private Equity Swati Chaturvedi said.

IT investments made up 15 per cent with four deals reaching or exceeding the $100 million mark, while manufacturing and telecom sector each accounted for 13 per cent of the activity within this four-year period.

Other industries that attracted attention from the private investment community include textiles and garments, media and entertainment, energy and shipping and transport.

The report expected that the telecom and BFSI markets are poised to sustain their success as each is expected to grow by more than 20 per cent in this climate.

Despite its growth potential, some foreign investors may still see India's opportunities as having too low a ceiling - the median deal during this time frame in 2007 was $18 million.

Chaturvedi added that India has many of the elements needed to support productive investments and should be well-positioned to navigate any volatility the global economy brings over the next few years. 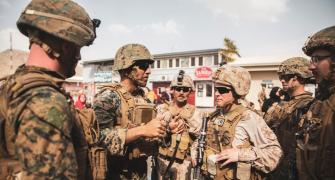