The number of deals announced in the month were the highest ever at 102 for any month, compared to 75 in the same period last year and 92 deals in March. Private equity (PE) and venture capital (VC) inflows rose to $ 4.4 billion in April, a clipping at a healthy 79 per cent growth over $ 2.4 billion in same month last year, but down 41 per cent on a month-on-month basis, says a report.

In the reporting month, there were 11 large deals, with value of $ 100 million each aggregating to $ 2.9 billion compared to eight large deals worth $ 1.9 billion in the year-ago month, according to the deal data compiled by consultancy EY.

The number of deals announced in the month were the highest ever at 102 for any month, compared to 75 in the same period last year and 92 deals in March.

Infrastructure was the top sector for the second consecutive month with $ 1 billion inflows on account of the $ 929-million ADIA, NIIF-GVK deal, the report said.

Exits crossed the $ 1 billion mark for the first time in six months, after recording the lowest value of exits in 2019 in March, it said.

"The improvement in exits compared to previous months was primarily on account of a rebound in exits via open market ($ 715 million), which is the highest since November 2017," the report said.

Vivek Soni, national leader--private equity services at EY, April was the third best month for PE/VC investments in the past 12 months, though it was 41 per cent lower than March.

The report also noted that infrastructure and realty drove this inflow.

At $ 3.7 billion, inflows into the infra space during the January-April period have already surpassed the previous annual high seen in 2007.

"With eight more months to go and some large deals in the pipeline, we project 2019 to be a landmark year for PE/VC investments in the infra sector," he added.

Source: PTI© Copyright 2020 PTI. All rights reserved. Republication or redistribution of PTI content, including by framing or similar means, is expressly prohibited without the prior written consent.
Related News: HDFC, ADIA, GIC, DLF, KKR
SHARE THIS STORY
Print this article TCS back as India's most valued firm; RIL is 2nd 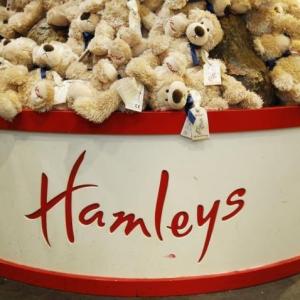