Once a $1-billion brand, ShopClues sold for just about $100 mn

After multiple attempts at selling itself, including to larger e-commerce player Snapdeal, ShopClues has found a buyer in Singapore-based e-commerce platform Qoo10 in an all-stock deal. This was the year ShopClues planned to launch an initial public offering.

On Thursday, the Gurugram-based e-commerce was sold for just about $100 million, less than a tenth of its valuation of $1.1 billion in happier days.

After multiple attempts at selling itself, including to larger e-commerce player Snapdeal, ShopClues has found a buyer in Singapore-based e-commerce platform Qoo10 in an all-stock deal.

It also reportedly held talks with Paytm Mall, eBay and Flipkart for a potential sale over the past year.

One of the youngest and most promising unicorns, or start-ups valued at $1 billion and above, ShopClues has had its share of controversies, the most public of which was a fall-out between its co-founders Radhika and Sandeep Aggarwal, who were earlier married to each other.

Sandeep accused Radhika of not giving him credit for running the firm and the spat played out through public Facebook posts and media reports.

In 2015, Sandeep had to step down as chief executive after being charged with insider trading allegations in the US.

He later founded Droom, an online marketplace to buy and sell used automobiles.

Sanjay Sethi, the other co-founder, and Radhika took over the reins of the firm.

But people in the know say though Sethi was the technology brain, he was not hands-on like Sandeep, who was the go-to man for raising investments.

ShopClues was funded by, among others, GIC, Tiger Global Management and Nexus Venture Partners.

There are few instances of a company being sold for such a low amount after the kind of valuation it once had.

It plans to expand into other Asian countries, ShopClues said on Thursday.

“This partnership presents new strategic opportunities for both companies, as it opens up cross-border opportunities,” the firm said.

The merger has been approved by board of directors and major shareholders of both the companies.

However, in a market already grappling with the extensive reach of the two large players - Amazon and Flipkart - and more specialised ones like BigBasket, and a slew of new Chinese entrants such as Club Factory and Shein, it was not immediately clear what unique proposition Qoo10 would bring to the table.

Tier-II, -III and -IV cities, which ShopClues serviced extremely well at its peak by keeping costs low, are also being targeted by Flipkart and Amazon. ShopClues was unable to match the aggressive expansion of its larger competitors.

Earlier this year, there were reports that said ShopClues was being investigated by the Enforcement Directorate for funds received from its US-based parent Clues Network.

Over the past three years, the company has tried several times to raise funds, but apart from its biggest investor Tiger Global, none of the other investors showed interest in further funding.

In the past two years, ShopClues also tried to pivot its business to a more enterprise focused model from its core consumer facing marketplace.

In July, it said its enterprise business was 15 per cent of its revenues and its social selling platform Ezonow had crossed 800,000 in resellers’ base.

The cash-strapped company has been scouting for fresh investments, having survived on multiple bridge rounds from its existing set of backers, and later looking for buyers after fresh financing rounds failed to materialise. 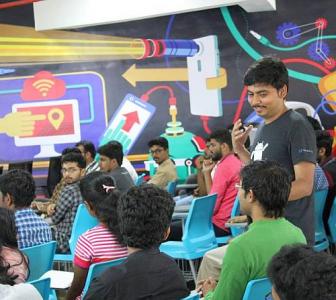