Why 100% FDI in real estate will actually help the economy

'As of now, foreign investors are the only viable source of long-term funds for the sector. The government needs to get real about real estate,' says Diva Jain. The failure of PMC Bank has once again thrust attention on the ailing residential real estate market in India.

While there was corruption involved in PMC Bank’s downfall, its demise was essentially sparked by loans to a real estate firm that could not pay it back.

The flagging residential real estate market is a cause for grave concern for the economy as a whole and the financial sector in particular.

Former RBI chief, Raghuram Rajan had also remarked on the broad shadow the real estate sector casts on the entire economy and the risks to the banking sector.

More worryingly, historically, most financial crises have been driven by a crash in the real estate market that first contaminates the financial system which then throws a spanner in the entire economy.

The real estate sector played a starring role in the savings and loan crisis in America, the Japanese financial crisis and the Swedish banking crisis.

India's real estate poses a similar risk to the stability of the economy.

The genesis of the problem lies in the uniquely “irregular” business model of residential real estate developers in India and the disruptions caused to it in the last few years.

Traditionally, real estate developers have followed a model of land speculation where the objective was to acquire land and develop it in small increments to maximise profits from the increase in the value of the underlying land.

Like all speculative models it was based on cheap leverage.

Developers had two main sources of funding to leverage their exposure to land prices.

“Investors” with unaccounted for wealth and pre-sales to end customers or real estate speculators.

On a risk adjusted basis, both these sources of funding were cheap.

“Investors” with unaccounted for wealth needed avenues to deploy their cash and were willing to accept a below-market rate.

Pre-sales to end users or speculators generated “float” or interest-free advances which could be deployed to buy more land or fund development of the project.

Access to cheap leverage led developers to create large banks of inventory to maximise their exposure to the real estate market.

The weakness of this model was that it was critically dependent on real estate prices going up.

As long as the prices increased at a rate that was higher than the cost of holding inventory, a developer would make a tidy profit from his leveraged exposure to real estate prices.

Buoyant prices were also critical to attract speculators who were willing to participate in pre-sales or invest in housing stock purely for capital gain.

This model has suffered a series of shocks in recent years.

With the implementation of RERA, developers no longer have easy access to “float” money.

Demonetisation and attendant measures initiated by the government against black money dealt a body blow to the risk appetite of “investors” with unaccounted for wealth.

Developers now turned to NBFCs and shadow lenders for funding.

With the liquidity drying up for NBFCs and house prices stagnant at best with no sign of revival in demand, developers now face the deep end of the sea with massive unsold inventory.

It is this unsold housing stock that threatens the economy and the financial sector.

By some estimates, India’s unsold housing stock is as high as 5 per cent of the GDP.

A chaotic liquidation of this stock can lead to heavy losses for the shadow lenders which in turn can contaminate the banking system leading to a full-blown financial crisis.

Unfortunately, a reactive approach (which this government seems to favour for most issues) will only compound the problem.

If the government intervenes after the liquidation of developers and their stock of unsold housing has begun to impact the financial sector, it will risk contagion as well as moral hazard where both responsible and irresponsible builders/lenders will benefit from intervention.

Moreover, the costs of such a “bailout” are likely to be high and burdensome on an exchequer which is already struggling to meet its deficit targets.

There are several proactive measures that the government can initiate to minimise the probability of such a scenario.

They are market-based, largely revenue-neutral and are likely to allow for an orderly assimilation of unsold inventory into the market thereby minimising the risk of contagion.

A liberal FDI regime for real estate where foreign investors can invest up to 100 per cent in completed projects will greatly help resolve the unsold inventory problem.

This will allow foreign investors to take exposure to Indian housing demand and also provide avenues to developers and shadow lenders to de-risk and deleverage their balance sheets, thereby minimising contagion risk.

This will also have several positive externalities for the sector and the economy.

One, foreign investors will only invest in projects with potential for returns thereby weeding out unviable projects and developers from the market (no moral hazard).

Second, the public exchequer will be spared the burden of bearing the folly of shadow lenders and developers.

Last, foreign funds will look to maximise yields by renting out these residential properties.

This will lead to the development of an organised and professionally-managed rental market for housing that will be a boon to consumers and developers alike.

The government can supplement this by several other measures designed to boost yields and provide exit opportunities for such funds.

This could include tax exemptions on rental income and simplified listing norms for housing REITS.

This model has enjoyed considerable success in the United States where several funds such as American Home and Silver Bay mopped up large chunks of the housing stock in the aftermath of the sub-prime crisis and subsequently listed as REITS.

Notwithstanding the greed and avarice that has led to the current state of the real estate sector, it remains a valuable source of employment and growth and poses great risk to the financial system.

The sector needs to come to terms with the structural changes in the regulatory and funding framework and emerge as a strong contributor to growth.

For this, it needs liberal doses of “patient capital” which is in short supply domestically.

As of now, foreign investors are the only viable source of long-term funds for the sector.

The government needs to realise these facts and get real about real estate.

Diva Jain is a “probabilist” who researches and writes on behavioral finance and economics. 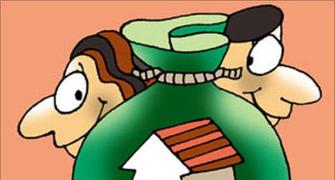