Several US businesses were hit by technological issues on July 8 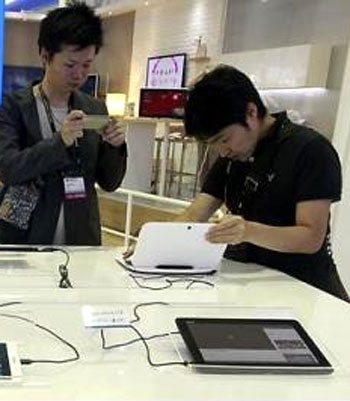 "Once is happenstance. Twice is coincidence. Three times, it's enemy action," said Auric Goldfinger in Ian Fleming's seventh James Bond novel. That's one possible response to computer outages at United Airlines, the New York Stock Exchange and the Wall Street Journal on Wednesday. Another is that they're the first sign of a zombie apocalypse. Far more likely is that bad luck just happened to strike these companies on the same day.

The Big Board and United have blamed internal technological problems for the hours-long glitches that halted floor trading and grounded flights. That ought to offer some comfort after a series of hacks hit the likes of Target, JPMorgan and the federal government over the past couple of years.

It's not the first time a stock exchange has gone down, either. The Nasdaq went dark twice, in 1987 and 1994, after squirrels chewed through power lines. More recently, tech failures caused trading on the marketplace to stop, including during a three-hour period in August 2013.

Fortunately, stock exchanges generally have plenty of backup systems. Trading on Wednesday in NYSE-listed stocks continued on the Intercontinental Exchange-owned bourse's electronic platform, Archipelago, and through rivals like Nasdaq and BATS.

Computers are driving more products than ever, though - literally, in the case of autonomous vehicles. They're also expected to play a more central role in operations in the antiquated power and water industries.

That means occasional multiple outages will probably become common - perhaps even related. A traffic signal system on the fritz, for example, could knock out driverless cars, which could then take down in-car entertainment devices linked to home computers, and so on.

The danger of someone exploiting weaknesses in these interconnected systems is real. Watch the 2007 movie "Live Free or Die Hard," or last decade's revamped "Battlestar Galactica" for some of the more imaginative fictional examples.

Antony Currie is a Reuters Breakingviews columnist. The opinions expressed are his own

© Copyright 2020 Reuters Limited. All rights reserved. Republication or redistribution of Reuters content, including by framing or similar means, is expressly prohibited without the prior written consent of Reuters. Reuters shall not be liable for any errors or delays in the content, or for any actions taken in reliance thereon.
Related News: BATS, NYSE, United Airlines, Big Board and United, Wall Street Journal
SHARE THIS STORY
Print this article