Large stocks were ruined in transit  due to thunderstorm and rainfalls in the north and the north-east states, resulting in fewer kilos of potatoes at mandis. 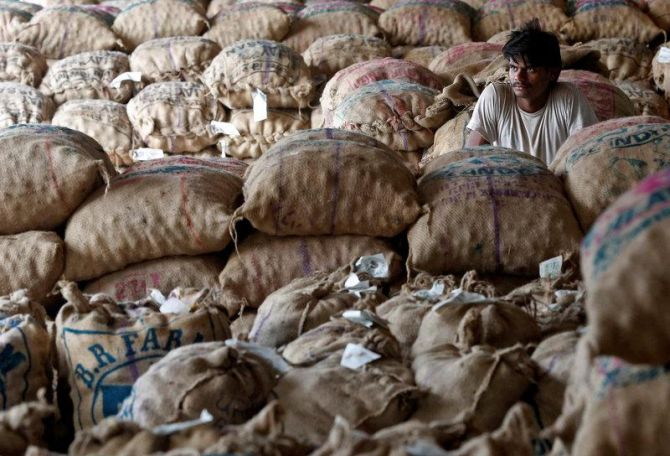 Potato prices have recorded a sharp spike in the last two to three weeks amid spoilage fears due to heat and pre-monsoon showers across major cultivating regions.

Data compiled by the Nashik-based National Horticultural Research and Development Foundation (NHRDF) showed potato prices have shot up by 85.5 per cent in the wholesale market to trade at Rs 10.20 a kg in Kolkata compared to Rs 5.50 a kg towards the end of March 2019.

Consumers are coughing up Rs 20 for a kg of potato in Mumbai suburb now as against Rs 12-13 till March-end.

The stock got wet due to pre-monsoon rains followed by summer heat, which attracted moisture.

Experts said large stocks were ruined in transit  due to thunderstorm and rainfalls in the north and the north-east states, resulting in fewer kilos of potatoes at mandis.

Also, during this time around, wholesalers and cold storage keepers normally build their inventory for supply in the lean season at higher prices.

“Potato prices have risen in the last three weeks due to supply worries.

"The sudden increase in temperature this summer has caused spoilage in transit.

Potato arrivals in Ahmedabad mandi slumped to 813 tonnes from its peak of 1,579 tonnes towards the end of March 2019.

Similarly, its arrival in Mumbai mandi declined to 1,480 tonnes in April from 1,640 tonnes by March-end.

The increase in potato output was forecast based on the proportionate rise in its acreage to 2.18 million hectare (ha) in 2018-19 versus 2.14 million ha and 2.18 million ha in the previous two respective years.

“Potato stockists are a worried lot nowadays. Truckloads of potato got spoiled which is now unsafe for human consumption and hence dumped in the open.

"Therefore, its supply has deteriorated in the last couple of weeks.

"The supply is likely to remain tight in the coming months. Consumers would have to bear with high prices at least for some more months,” said Pravir Kumar Bera, managing partner, Agrive Exports & Imports, a Kolkata based potato trader and exporter.

“Farmers have suffered a lot throughout this season as potato prices remained subdued to trade between Rs 5 and 6 for the last several months.

"The current price level, therefore, is good which should continue for farmers to be encouraged for future sowing,” said Ajit Shah, president, Horticulture Exporters’ Association.