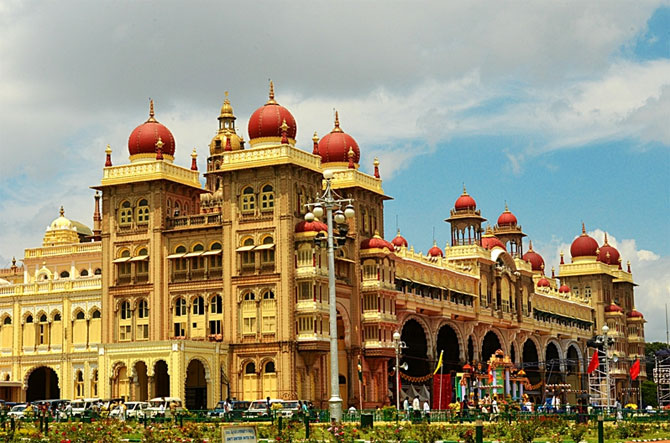 Several cities from Karnataka and West Bengal have emerged at the top of the Swachh Bharat index, with Mysuru topping the charts.

Swachh Bharat is among the most talked-about initiatives of the Bharatiya Janata Party-led government and Prime Minister Narendra Modi has been spearheading the project.

A survey of 476 cities during 2014-15 showed Mysuru on top of the charts, and three other Karnataka cities — Hassan, Mandya and Bengaluru — figuring in the list of top 10. West Bengal did well, too, with 25 cities and towns from the state finding place in the top 100, according the survey commissioned by the ministry of urban development.

Among the capital cities surveyed, New Delhi Municipal Council (NDMC) was at 16th, much behind Bengaluru at seventh, Thiruvananthapuram at eighth and Gangtok at 10th. Other important capital cities much lower in the index were Kolkata at 56th, Chennai at 61st, Shimla at 90th, Bhopal at 106th, Greater Mumbai at 140th, Srinagar at 152nd, Lucknow at 220th, Hyderabad at 275th, Gandhinagar at 310th, Jaipur at 370th and Patna at 429th.

Besides Gandhinagar, other important cities in Gujarat that were not exactly among the best performers were Surat at 63rd and Ahmedabad at 79th.

There also are some cities that have made it to the list of 100 smart cities but are lagging in the Swachh Bharat rankings. These include Lucknow, Agra, Kanpur, Allahabad, Ahmedabad, Gandhinagar, Surat, Jaipur and Ajmer.

On the whole, 15 of the 27 capital cities surveyed figured among the top 100 performers, while five were ranked below 300.

All 476 Class-I cities in 31 states and Union Territories, each with a population of above 100,000, were assessed for sanitation practices covering a set of parameters, including the extent of open defecation, solid-waste management, waste-water treatment, drinking-water quality, surface-water quality of water bodies, and mortality due to water-borne diseases.