The brokerage said the consolidated fiscal deficit, including that of the Union (3.6 per cent), the states (2.6 per cent) and the off-budget borrowings which are being resorted to increasingly is a worry. 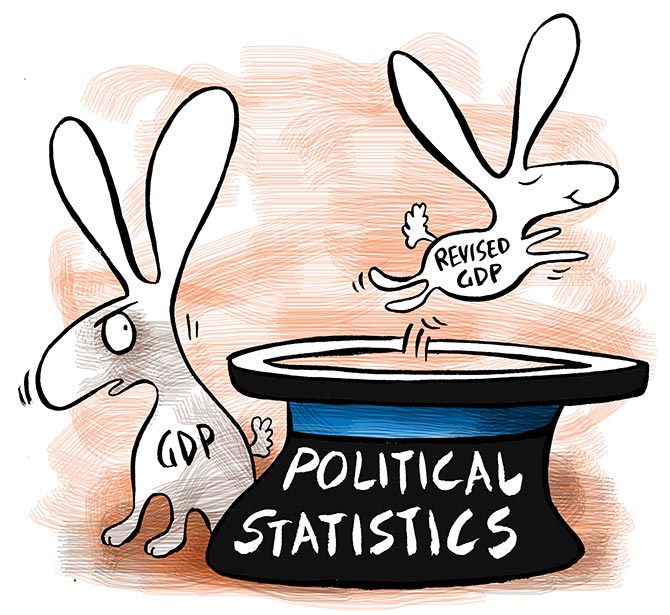 Wall Street brokerage Goldman Sachs has joined peers in sharply slashing growth estimate, but has predicted an 8.5 per cent gain in equity indices next year despite elevated valuations.

The brokerage attributed the evident dichotomy between GDP growth estimates and the benchmark target to the easy monetary policy that the central bank has been pursuing since the beginning of the year.

The reduction in GDP growth estimate to 5.3 per cent from 6 per cent comes amid a rash of similar actions, especially after the September quarter growth slowed to a 26-quarter low of 4.5 per cent.

Its Japanese peer Nomura has pegged the growth to come at 4.9 per cent for FY20, making it the lowest estimate among the analysts.

Its India chief economist Prachi Mishra said the reverses on the GDP front have been greater than expected but added growth may be at a trough and may improve from here on.

She said moderately better global economic conditions, softening domestic financial conditions which have been affected since the NBFC crisis, positive fiscal impulse where government is increasing spending and easing of supply bottlenecks make her confident of an increase in trajectory.

Mishra, who has worked in both the Reserve Bank and the finance ministry earlier, said there are early signs of also an early signs of economic stabilisation now.

She also expects the Reserve Bank to cut the key policy rates again by 0.25 per cent on Thursday to push growth, but added the central bank may go in for a pause later on as inflation hits its targeted level of 4 per cent.

The brokerage expects a breach of the FRBM Act targets with a fiscal slippage where the deficit will widen to 3.6 per cent in FY20 but Mishra said the country has breached the target multiple times in the past and it may not be taken too adversely because of the reform measures like GST.

However, she said the consolidated fiscal deficit, including that of the Union (3.6 per cent), the states (2.6 per cent) and the off-budget borrowings which are being resorted to increasingly is a "worry".

There is a greater possibility of the off-budget borrowings through entities like the NHAI continuing, because of the room that they have, Mishra said.

She, however, also discounted chances of a "hard landing", as is being speculated in some quarters.

Meanwhile, its co-head of macro research for Asia Timothy Moe said it is "overweight" on India as it expects a cyclical macro and earnings recovery, and expects the benchmark Nifty to be at 13,000 points by end of 2020, up from around 11,000 now.

The brokerage said China is also a preferred market and in the top-three investment destinations that it looks at.

Meanwhile, its global chief economist Jan Hatzius said there are no winners in a trade war, and both China and the US have bruised themselves when one compares the impact on GDP growth.

With the American elections looming, there is a case for abatement in trade wars as it does not help president Donald Trump's re-election bid. 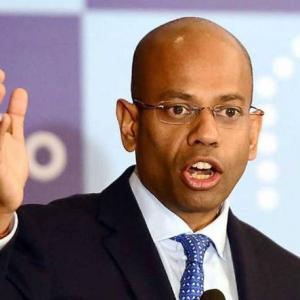