News
Business
Movies
Sports
Cricket
Get Ahead
Money Tips
Shopping
Sign in  |  Create a Rediffmail account
Rediff.com  » Business » 8% growth to bring poverty down to 6% by '20: Montek

Poverty in India could go down to 6 per cent by 2020, down from 26 per cent in 1999-2000, if the economy managed to grow at 8 per cent over the next 15 years, said Planning Commission Deputy Chairman, Montek Singh Ahluwalia.

"This will not make us a rich country. We will at best be what is today called a middle-income country. But, if India continues to grow at 8 per cent per year, we will become the third largest economy in the world, after the US and China by 2040," he said while delivering the Sardar Vallabhai Patel Memorial lecture on Tuesday.

With population growth slowing down to about 1.5 per cent over the period, an 8 per cent growth in gross domestic product meant per capita income would grow at about 6.5 per cent per year, instead of around 4 per cent or so in the past 15 years, he said.

The country would need to improve investments in agriculture and provide flexible labour laws for the manufacturing sector to encourage growth, he said.

"To achieve 8 per cent GDP growth, we need to achieve a double digit growth in the manufacturing sector, which is absolutely necessary if we want to provide the new and increasingly educated young entrants into our labour force with the high quality employment opportunities they legitimately expect," he said.

He emphasised that flexible labour laws did not mean arbitrary hire and fire practices, and added that unless the country provided comparable flexibility, it was unlikely that the Indian industry would expand employment as rapidly as might have otherwise occurred.

He said in areas like agriculture and power, states had a more important role to play than the Centre.

But, he cautioned that distributional concerns - poverty reduction, inequality, regional balance, and perceptions about fairness - needed to be addressed. Overcoming poverty meant not only ensuring an adequate flow of income, but also access to essential public services, he added.

"In fact, the strategy for accelerating growth to around 8 per cent per year envisages an acceleration in agricultural growth, which will have a major impact on incomes in rural areas," Ahluwalia said.

Higher agricultural GDP would spill over into higher demand for non-agricultural goods and services, a good portion of which would be produced in rural areas, adding a further stimulus to rural income. The total impact on income generation in rural areas would, therefore, be substantial, he said. 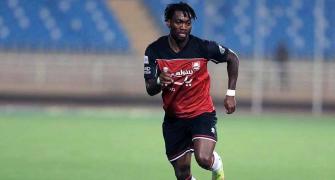