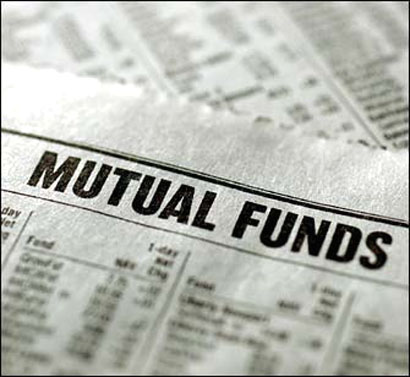 Having run out of new equity themes, mutual fund houses are trying to jump on to the commodity wagon. Fund houses are either latching on to gold, the only commodity they are permitted to launch funds on, or launching funds underlaid by global commodity stocks.

In the past month alone, at least five fund houses have approached the market regulator to launch funds based on themes outside Indian equity space.

Industry watchers say the trend is fuelled by both push and pull factors. While the pull is coming from the ongoing global commodity rally, the push is coming from regulatory measures discouraging look-alike funds.

Sandip Sabharwal, chief executive officer, PMS, Prabhudas Lilladher, said: "One reason, obviously, is that  equity markets have not gone anywhere in the last one year, whereas most commodities have rallied between 30 per cent and 50 per cent, if not more, since May.

Near-term outperformance of the global indices when compared to Indian markets also adds to the appeal of these global funds.

The Sensex has underperformed most global indices, losing five per cent so far this year. In comparison, the Dow Jones index has gained eight per cent year to date.

Also, the Securities and Exchange Board of India is not approving any new schemes that look like existing ones.

"Most large fund houses already have a full basket of equity products. It's near-impossible to come up with a new equity scheme that is not there already," Sabharwal added.

Two of the new schemes, Axis Gold fund and Religare Gold fund, are open-ended fund of funds schemes, which allow investors to invest in gold Exchange Traded Funds without opening a demat account.

Both these invest into BlackRock's international funds of the same names, domiciled in Luxembourg. Black Rock, DSP's global partner has a huge list of international funds. DSP has been launching a number of world schemes to cash on this portfolio.

At present, the HSBC Brazil fund is raising money.

Analysts say Brazil and Latin America funds are nothing but commodity plays, as over two-thirds of Brazil's Bovespa index is commodity-related stocks.

Robeco, the Dutch partner of Canara Robeco Asset Management, has also identified India as a potential market for its upcoming line of products, based on food and agriculture.

Robeco recently said it would partner parent Rabobank Plc to launch these in India. In addition,

Franklin Templeton India, another foreign player, has also filed for a foreign fund, looking at US Opportunities.

The only pure-play equity fund filed during the period is by newcomer Union KBC Asset Management, filing for its first equity fund.

G Pradeep Kumar, CEO, Union KBC, said it makes sense for established fund houses which already have a complete suite of products to experiment with such new plays.

"Our strategy is to offer a basic suite of products. We believe equity will outperform other asset classes in the long term."

According to him, the downside on the international funds is currency appreciation.

"Most dollar-denominated funds run this risk. Even if your fund makes 14-15 per cent returns, if the currency appreciates 10 per cent, which is likely to happen, given the outlook on US debt, then your entire gains are wiped out.

These kind of funds are suitable for investors with a portfolio of Rs 50 lakh (Rs 5 million) or above," he said.

Another drawback to investing in non-equity funds is the tax liability of 10 per cent on long-term capital gains.

According to tax laws, only funds investing at least 65 per cent of their portfolio in Indian equities are eligible for exemption from long-term capital gains tax.