Mediclaim: Cashless row to be resolved in 10 days 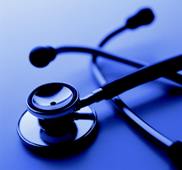 Private hospitals will resolve their dispute with state-owned insurance firms and restore cashless treatment under Mediclaim policies within 10 days, Naresh Trehan, heart surgeon and member of a conciliatory group, said on Friday.

"Within the next 10 working days, insurance companies and hospitals would work out a solution," he said, adding that the cashless facility would be restored soon.

Trehan, who has promoted Medanta -- The Medicity, was speaking to reporters after a Confederation of Indian Industry-initiated meeting of private hospitals with representatives of four insurance companies -- New India Assurance, United India Insurance, National Insurance and Oriental Insurance.

All the 150 hospitals have partially restored the cashless facility for emergency, ICU, cardiac care and trauma, he said.

Earlier in the day, Insurance Regulatory Development Authority chairman J Harinarayan had expressed the hope that hospitals and insurers would be able to arrive at a mutual solution.

"Premier hospitals and insurance can come (up) with the solution . . ." he said on the sidelines of a Federation of Indian Chambers of Commerce and Industry event in New Delhi.

It is to be noted that from July 1, public sector insurance companies had taken off about 150 hospitals from its list of Preferred Provider Network, which provides cashless hospitalisation services to policy holders under the Mediclaim scheme.

"So, there is a need to bring alignment . . . balance between best price and quality healthcare," he said.

At present, health insurance is a loss-making proposition for many insurance firms as the claim ratio is about 130 per cent.

This means that for a premium of Rs 100 collected, the claim received by insurance firm is Rs 130.

There are about 8 crore (80 million) mediclaim policy holders in the country.

Trehan said the meeting held that the rules of engagement should be defined so that people do not lose money.

On whether there would be standardisation of the billing process in different hospitals under cashless treatment, Trehan said, "The meeting today did not discuss this, but in the future we may take a view on it." 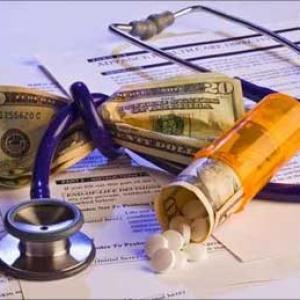 The hospital with a heart