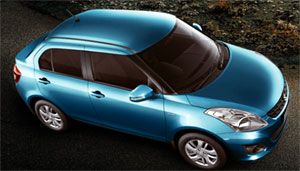 The meeting took place to sort out issues which arose after MSIL gave powers to its Japan-based parent firm Suzuki Motor Corporation (SMC) to set up and operate the Hansalpur plant in Gujarat.

Today's discussions revolved around clearing the logjam regarding allocation of land by the Gujarat government to the MSIL's Hansalpur plant.

After meeting the Gujarat CM, Bhargava hoped that all issues would be sorted out soon.

"It's a two-company model. We are working on all technicalities and are hopeful about arriving at a solution soon. We are planning to start production in this plant by 2017," Bhargava told reporters here today, after the meeting.

He also hinted that the investment may go beyond Rs 4,000 crore (Rs 40 billion).

"If market conditions favour us, especially after Narendra Modi has become PM, our investment in the plant can go beyond Rs 4,000 crore," Bhargava said, refusing to give any more details.

During June 2012, the Gujarat state government had allocated 700 acres of land to the MSIL near Hansalpur to set up its plant. At that time, it was announced that MSIL would invest Rs 4,000 crore.

However, the deal hit a few roadblock after MSIL gave powers to set up and operate the Halsalpur plant, to its Japan-based parent firm Suzuki Motor Corporation (SMC).

Since the Gujarat government had originally entered into an agreement with the MSIL and not with its Japan-based parent firm SMC, complications arose, because any investment by SMC would be considered Foreign Direct Investment (FDI), and the

Gujarat state government would have to change several rules to clear the deal.

SMC's control over the proposed plant might also mean violating the state support agreement between the Gujarat state government and the MSIL, which is an Indian firm.

The Hansalpur unit would be MSIL's first plant outside Haryana and the third plant in the country, after Gurgaon and Manesar.

The company had set an annual production target of 250,000 for its Hansalpur plant in Gujarat. 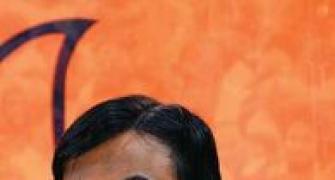 Gadkari given additional charge of portfolios held by Munde 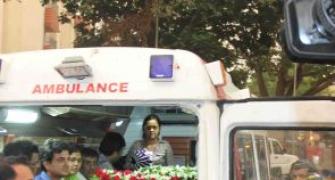 Autopsy report says Munde died due to 'shock and haemorrhage' 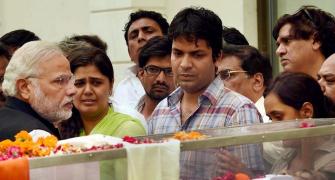 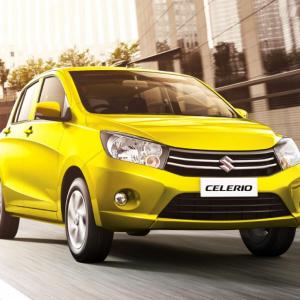