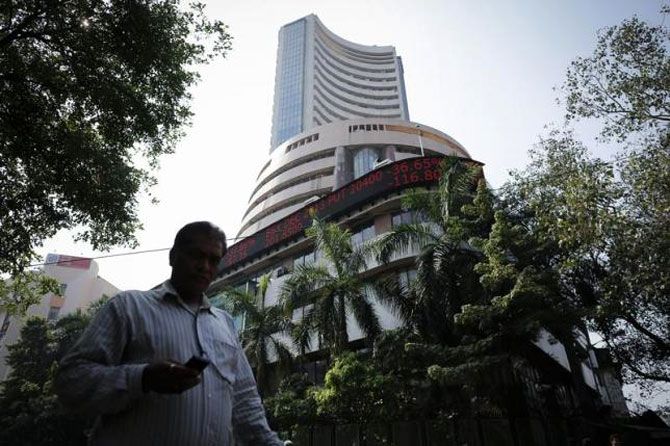 Markets are likely to remain volatile ahead of the expiry of July derivative contracts even as the first quarter earnings and progress on the goods and services tax (GST) Bill would continue to remain in focus.

In the week to July 22, the S&P BSE Sensex ended down 34 points at 27,803, while the Nifty50 ended unchanged at 8,541. In the broader markets, the BSE Midcap and Smallcap indices rose a per cent each.

“The market will closely watch corporate earnings announcement from heavy weights like ACC, Bajaj Auto, Asian Paints, HDFC, YES Bank, ICICI, Larsen & Toubro, Vedanta. Technically, on weekly charts Nifty has strong resistance in the band of 8,600-8,650. Any decisive move and close above this can fuel the rally further upside till 8,750. In case Nifty does not hold above this level a correction till 8,380 is possible,” says Yogesh Mehta, vice-president (equity advisory), Motilal Oswal Securities.

Even though the benchmark indices consolidated in a narrow range during the week, the broader markets witnessed action with select midcap and smallcap shares notching up sharp gains.

In a bid to make the Real Estate Investment Trusts (Reits) more attractive, the Securities and Exchange Board of India (Sebi) on Monday proposed relaxed norms for related-party transactions and allowed these trusts to invest more in under-construction assets.

The major headlines during the week was the capital infusion into state-owned banks by the government, which allocated Rs 22,915 crore (Rs 229.15 billion) to recapitalise 13 public sector banks, including State Bank of India. The sum, 92 per cent of the budgeted provision of Rs 25,000 crore (Rs 250 billion), is aimed at supporting lending and helping these banks mop up money from markets.

Hindustan Unilever ended nearly four per cent lower after its first-quarter earnings on volume growth concerns. The company reported an increase of 9.79 per cent in standalone net profit to Rs 1,173.90 crore (Rs 11.74 billion) for the quarter ended June. For the second quarter, HUL reported only a four per cent volume growth, lower than the six-seven per cent band it had seen in previous periods.

In the broader market, Biocon surged nearly 15 per cent after the company reported 35 per cent year-on-year jump in its consolidated net profit of Rs 167 crore for the first quarter ended June 30, 2016 driven by an all-round growth of our business across small molecules, biologics, branded formulations and research services.

Hindustan Petroleum jumped nine per cent after the board announced a bonus issue in the ratio of two equity shares for every one held.

MRPL surged 14 per cent after the company announced projects, including a raw petroleum coke gas complex, worth Rs 15,000 crore (Rs 150 billion) in the coming years.

Motilal Oswal Financial zoomed nearly 26 per cent after the firm reported a nearly three-fold jump in net profit at Rs 79 crore (Rs 790 million) in Q1FY17, against Rs 28 crore in the year-ago quarter.

Volatility in the markets is likely ahead of the expiry of July futures and options (F&O) contracts.

Further, the progress of the GST Bill in Parliament is likely to remain in focus.