Current valuations are, however, lower than those seen in the early 1990s.

The Sensex has risen close to 14 per cent in the last 12 months, while the index underlying EPS dropped 6.7 per cent during the period.

At a time when the benchmark indices are scaling fresh peaks, the gap between underlying corporate earnings and share prices has widened to a multi-year high.

The Sensex is on course to ending calendar year (CY) 2019 at a price-earnings (P/E) multiple of 29x, the highest in 25 years based on the year-end data.

During the peak of the tech boom in 2000, the Sensex P/E had crossed 30x for a brief period.

Current valuations are, however, lower than those seen in the early 1990s, including those during the Harshad Mehta scam.

The Sensex has risen close to 14 per cent in the last 12 months, while the index underlying EPS dropped 6.7 per cent during the period.

The benchmark had ended CY18 with an EPS of Rs 1,527, which has now declined to Rs 1,425, driven by the earnings decline in the automotive and telecom spaces.

The analysis is based on the historical index value, with the trailing P/E multiple reported by the BSE every day.

All values are average figures for December in every calendar year.

This is the third occasion in the last five years when index stocks together reported a decline in earnings on a year-on-year basis.

Index companies had reported earnings contraction in CY15 and CY16, followed by a recovery in CY17 and CY18.

Analysts cite the rush to buy large-cap stocks, irrespective of valuation, as the reason behind the gap between share prices and earnings.

“Most equity investors, both domestic and foreign, are accumulating top-performing stocks, leading to a valuation bubble in large-cap stocks.

This, analysts say, has created a valuation and performance gap between large-cap and mid-/small-cap stocks.

“The rally is highly polarised, with a handful of retail lenders and consumer stocks pulling the market even as a majority of the stocks continue to languish,” adds Chokkalingam.

This has hit the equity portfolio of retail investors, who traditionally invest in second- and third-tier stocks in which performance has historically been pro-cyclical.

Others attribute the rally to incremental inflows by foreign investors who see gains in global growth from the latest US-China trade deal.

“The rally is driven by foreign inflows, with small participation by domestic investors.

"Foreign investors expect an uptick in economic growth in India during the second half of 2020.

"The good news expected on corporate earnings has, however, already been priced in, which limits the upside in the near term,” says U R Bhat, director, Dalton Capital Advisors.

In the past, a contrasting move between share prices and corporate earnings has most often resulted in a correction, such as in 2015.

“The market is more dependent on foreign portfolio flows than ever, which raises risk for domestic investors,” says Chokkalingam. 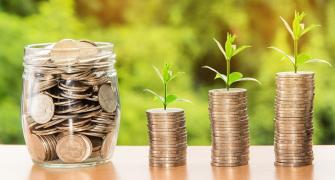