Investors may have already borne most of the pain and hence should not give up now, says Sanjay Kumar Singh. 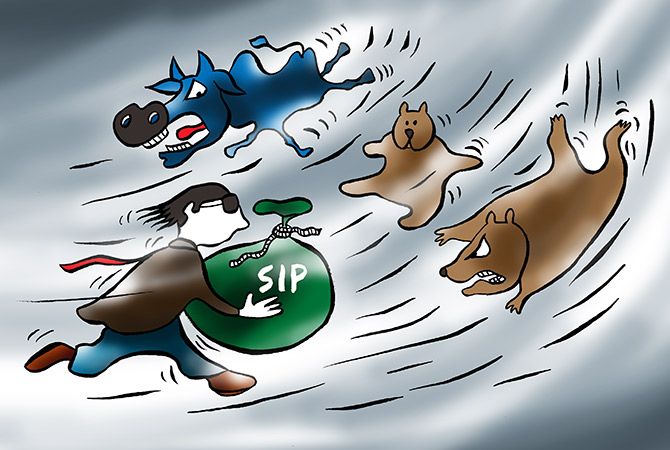 Some investors in mutual funds seem to be giving up on the expectation of a turnaround and are closing their systematic investment plans (SIPs) in equity funds.

According to a recent report in Business Standard, the closure ratio of SIPs rose to 66 per cent in August and September (closure ratio is the number of SIPs discontinued to new SIPs registered).

An examination of SIP return numbers shows that one and three-year returns of large and multi-cap funds are mostly in the positive zone (see table).

The pain is greater in mid and small-cap funds, where a high percentage of the SIPs that have been running for one to three years are showing negative returns.

The last time mid and small-cap funds fell in a big way was in 2011.

It only returned to positive territory in March 2012.

In other words, SIP investors in midcap funds experienced a downturn lasting 13 months.

A bigger bear market occurred during the financial crisis of 2008.

That calendar year the BSE Midcap Index fell 66.86 per cent and the Small-cap Index declined 72.31 per cent.

The median one-year SIP return turned negative in April 2008 and returned to positive territory only in June 2009.

Altogether, this downturn for SIP investors lasted for 14 months.

In the current downturn, the median one-year SIP return for midcap funds turned negative in July 2018 (though it has turned positive intermittently during a few months since then).

In other words, the downturn has lasted for more than 15 months.

Besides underlining the obvious point that all bear markets do come to an end, the figures from the downturns of 2008 and 2011 make another more optimistic point.

The previous downturns lasted for 13-14 months, and the current one has already been around for more than 15 months.

Though each bear market is different, these numbers tell us that investors may have already borne most of the pain and hence should not give up now.

As they wait for the turnaround, they should correct the mistakes in portfolio construction that cost them dear during this downturn.

First, revisit your asset allocation, which should be a function of your investment horizon and risk appetite.

"If your horizon is less than three years, allocate to fixed-income instruments only. If it is three-five years, have not more than 20-30 per cent allocation to equities. Those with a 7-10-year horizon or more may allocate 50-80 per cent to equities, depending on their risk appetite," says Kaustubh Belapurkar, director-manager research, Morningstar Investment Adviser India.

Within equities, get your allocation to various market caps right.

At least 60-70 per cent should be allocated to large and multi-cap funds.

Mid and small-cap funds should constitute not more than 30-40 per cent of your equity portfolio.

Within this, two-third allocation should be to midcap funds and one-third to small-cap funds, as the latter tend to be more volatile.

Finally, an investment horizon of 7-10 years is a must for mid and small-cap funds.

Investors should not give up prematurely on their SIPs.

If you are tempted to stop your SIP, remember what Gupta says: "The best way to beat the volatility in equities is by increasing your investment horizon." 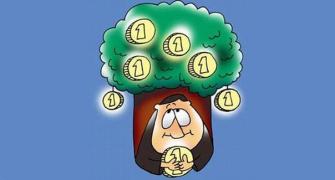 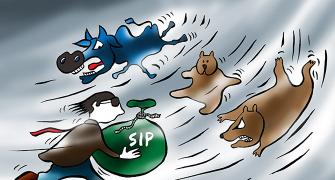 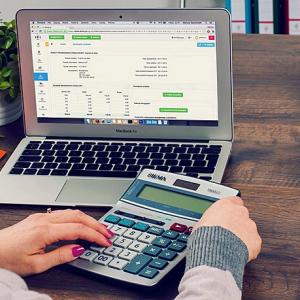