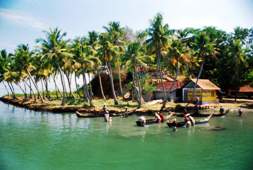 Kerala, with its coconut palm lined beaches, tranquil stretches of backwaters and houseboats is slowly turning out to be a much sought after destination of the super rich, who wish to exchange wedding vows in God's Own Country.

Along with palaces and forts of Rajasthan, Goa beaches, Kerala has also been receiving a lot of enquiries for conducting weddings, hotel industry sources say.

The state enjoys unique geographical features making it one of the most sought after tourist destinations in Asia.

Kerala has been selected by National Georgraphic Traveller as one of the 50 destinations of a lifetime and one of the 13 paradises in the world. N C Somaiah, general manager, the Leela Kempinski, Kovalam, says weddings in backwaters of Kerala is an exclusive backdrop which is 'new and different' and the state should capitalise on this strength and become a hot wedding destination.

"We do an average of one wedding every two months. Most requests are received from the UK market and Leela has recently started to aggressively promote high end weddings at the Leela Kovalam", Somaiah told PTI.

The preference for a wedding destination is not due to its location, but on the kind of location--whether the guests like to conduct the wedding in a beach, desert, mountains, old fort etc.

Once this is ascertained,the location is decided. "Kerala is preferred when beach or backwater becomes the theme of the wedding," he said.

Zuri Kumarakom, located on Vembanad lake in Kottayam, has conducted six weddings in the 2009-10 fiscal, mostly of US-UK based Non Resident Indians, whose roots are in Mumbai or Bangalore.

Kerala is an alternate destination to Malaysia, Thailand, and Bali and is more affordable, says Sarat Valsraj, Food and Beverage manager of Zuri Kumarakom.

Typical North Indian weddings with three days celebrations of Sangeet, Mehendi and the wedding reception have been held in a Kerala ambience, he says.

Instead of horses, the groom comes to the venue atop an elephant. The elephants are arranged from vendors in Kochi, he said.

A wedding compelete with all arrangements, including food and rooms for about 150-175 guests would work out to between Rs 30 lakh to Rs 40 lakh (Rs 3-4 million), Valsraj says.

The hotel has received enquiries for four weddings this year when the wedding season would start in October.

"Though these weddings, we also showcase our facilties to the guests and it is word of mouth publicity for us", he said. On food being served for guests at such weddings, he said though North Indian weddings would have typical food of their region, a Kerala meal would also form part of the wedding feast.

The 72 room hotel, part of Zuri Hotels and Resorts, Bangalore, has a special package for honeymooners this summer.

The newly weds can enjoy additional services like floral bath, romantic candlelit dinners and even a 30 minute couple spa treatment.

Engagements, wedding eve functions and engagements are mostly held at the Taj Malabar, Kochi. Beeda Garcia,Banquet manager, says all needs of the guests are well taken care of and there is no question of goof ups.

"At least two days before the event we sit with the guests and go through the minutest details to ensure nothing goes wrong."

Recently,a guest requested for a typical Kozhikode Biriyani to be served at a wedding and chefs from the city were flown in to prepare it with the authentic touch, she said. Somaiah said his hotel was equipped to cater to every need.

"We can handle most logistics, from transportation, flight tickets to bridal makeup and the wedding ceremony itself", he says.

On problems in organising such weddings, he said lack of direct flight connectivity from North India was a major hurdle.Skilled labour in terms of North West frontier cuisine, Marwari cuisine or event management is not available in Kerala, which needs to be outsourced, he said.

Movement of large groups from one location to another in large buses is difficult due to narrow and poor conditions of roads in Kerala.

Weather conditions also limit weddings to the winter season, when influx of other segments is anyway high.

Somaiah recalled hosting a wedding for a guest from UK in Nov 2009.

"So impressed was he with the experience that he not only promised to come back on his first wedding anniversary, but also said he would take the initiative to promote Leela by offering to prepare a digital media plan and promote us in the UK market," he said. 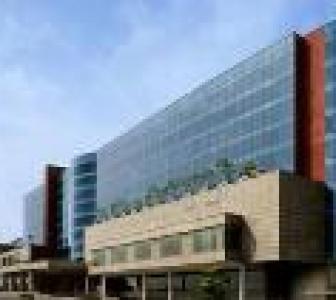 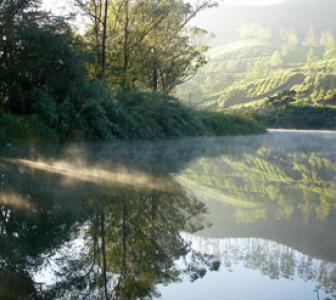 Your travel pix: The beauty of Kerala 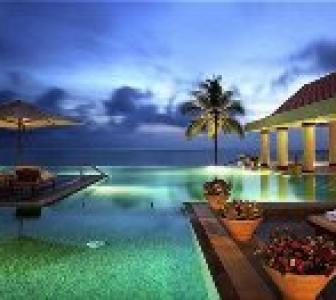