And learn what not to do from the so far jinxed Navi Mumbai International Airport, says Anjuli Bhargava. The airport at Jewar in Uttar Pradesh, being built at a cost of roughly Rs 6,000 crore (phase 1) with a capacity to handle 10 million to 12 million passengers a year, is coming up near Delhi.

It is expected to be up and running as early as 2023-2024, or within three years of laying the foundation stone.

There are some who are still questioning the viability of these two facilities that are less than 150 km apart, but these are more in the nature of a quibble. This boat has sailed.

But even as Jewar is on the fast track, there are lessons to be learnt from Navi Mumbai's experience -- a classic case of how not to do it.

Though ministers and officials had promised the NMIA would be ready and functioning by mid-2020, there is zero chance of this happening, according to sources working on the project.

In fact, the earliest a flight is likely to take off from the NMIA runway is 2023.

Other than a landfill of 8.5 metres, diversion of two rivers, and levelling of a hillock that blocks flight path, the site is as complex as it gets and requires a very high level of technical expertise to pull it off.

Moreover, L&T is yet to be officially awarded the contract for construction.

If the airport project has proceeded at a snail's pace, the access to it has not progressed at all.

Almost none of the projects planned for smoother flow of traffic from different parts of Mumbai to NMIA have taken off despite most being in the planning stage since at least 2007.

One of the main projects to enhance connectivity to NMIA is the Mumbai Trans Harbour Link (MTHL).

It is not clear when the project would be completed. A dedicated four-lane (12 km) expressway to take passengers to the entrance of the new airport (from Nava to Panvel) is yet

Two major railway links are planned between the existing Santa Cruz airport and the new Panvel (Navi Mumbai) airport through a metro being built by the Mumbai Metropolitan Region Development Authority (MMRDA), but it is nowhere near completion.

In 2007-2008, a new ring rail network linking Panvel to Vashi had been considered but it not clear whether this is still on the cards.

A hovercraft service has been in the works for several years now, linking Navi Mumbai to south Mumbai (Belapur jetty to Gateway of India) reducing a two-hour travel to 20 minutes.

The City and Industrial Development Corporation (CIDCO) and Mumbai Maritime Authority have roped in a Chennai-headquartered operator for the service but Mumbai residents say they will believe it when they see it.

CIDCO had in 2007-2008 planned a new parallel road bridge over the sea from Chembur to Vashi to exclusively cater to airport traffic.

That's yet to be commissioned. A former CIDCO managing director said though the Navi Mumbai site challenges are "unprecedented", he blamed many other agencies involved for the slow pace of projects.

"An airport with poor or little access is pointless," he argued, saying that Jewar should avoid the mistakes made with NMIA. 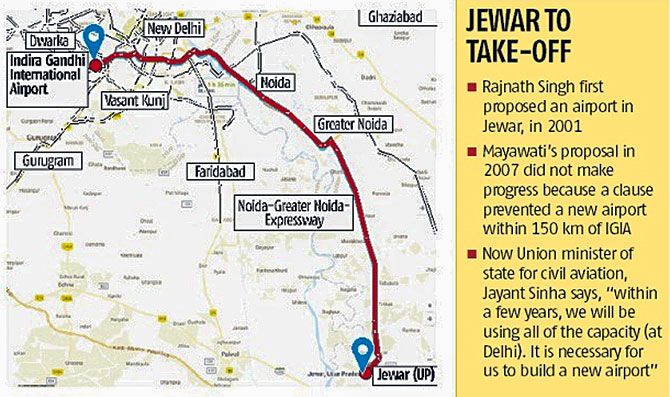 Analysts are of the view that if the Jewar airport is ready and functioning even before access is improved, it will be like putting the "cart before the horse".

At least three main modes of transport need to work smoothly to support the flow of passengers from National Capital Region to Jewar.

One is the rapid rail system with its hub at Sarai Kale Khan. This has six corridors that are expected to pull in traffic from all the satellite towns and cities.

Of these three corridors -- Delhi-Alwar, Delhi-Panipat, and Delhi-Meerut -- are to be done on a priority basis and are expected to be functional by 2023-2025.

The Eastern Peripheral Expressway and the Metro is within kissing distance of the new proposed airport.

"The last-mile connectivity between the airport and the existing infrastructure available will have to be worked out but the core exists," a source working on the new site said.

Last but not least, a "swing connectivity or a rail-based high-speed connection" between Jewar airport and the existing airport has also been discussed but remains on paper as of now.

"No matter where a new airport comes up, connectivity is key. The airport and the access have to come up simultaneously," said Shakti Lumba, a former commander of Indian Airlines.

In India, Lumba added, the state and the Centre or two states are never able to work in "tandem" in a "time-bound manner".

Construction of Jewar and the access to it, Lumba felt, should be awarded to a Chinese or Japanese company on a turnkey basis, citing the Navi Mumbai example as proof of the pudding. 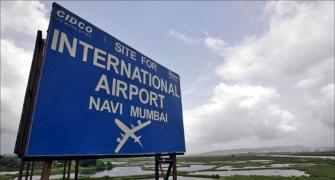 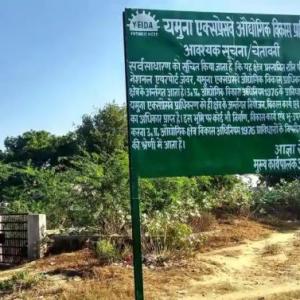 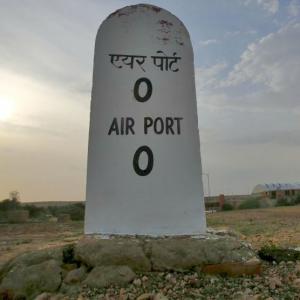