News
Business
Movies
Sports
Cricket
Get Ahead
Money Tips
Shopping
Sign in  |  Create a Rediffmail account
Rediff.com  » Business » Jet Air lenders likely to write off up to 25% of loans

Under the resolution plan, the lenders would end up having a sizable portion of shares in the airline, if their boards of directors agree to convert part of their debt into equity. The lenders to Jet Airways, led by State Bank of India (SBI), might take a haircut (write-off) of up to 25 per cent on the airline’s Rs 8,500-crore debt.

The resolution plan in this regard would be ready by mid-February. By then, Etihad Airlines, which owns 24 per cent in Jet, aims to conclude its own examination ('due diligence') on the airline's issues.

A banking source said banks will have to make provisions for 15 per cent of the exposure to Jet Airways, as per the RBI's existing norms.

Besides they have a window post-default to find a solution to an account, to avoid coming under the ambit of the Reserve Bank of India's circular of February 12 last year which bans any debt restructuring.

An appeal against the circular is before the Supreme Court.

Jet defaulted on the debt payment due in the December quarter; its interest cost was Rs 230 crore in the earlier one.

Under the resolution plan, the lenders would end up having a sizable portion of shares in the airline, if their boards of directors agree to convert part of their debt into equity.

Etihad has already warned that Jet will require equity funding in excess of the amount currently mentioned in the draft resolution plan of the banks.

Also, that it would not invest a “single penny” more without first getting the regulatory approvals on matters such as not making an open offer.

The banks would benefit later if the share price of Jet goes up  after conversion of part of its debt into equity.

An SBI spokesperson said on Thursday: "The lenders are considering a restructuring plan under the RBI framework for resolution of stressed assets that would ensure long-term viability of the company.

"Any such plan would be subject to approval of boards of the lenders and subject to adherence and clearance, if required, from RBI and/or the Securities and Exchange Board of India (takeover code, ICDR regulations) and/or ministry of civil aviation, and in compliance with all regulatory prescriptions.”

A letter sent by Etihad on Tuesday states the former was the only shareholder that had arranged or procured significant funding for the airline since 2013.

“Etihad has been urging Naresh Goyal (chairman of Jet Airways) to invest further funds into the business for the past three years.

"We are, once again, willing to step up and inject new capital into the business on acceptable terms and conditions.

"It is only at this stage, after the company has defaulted to its lenders, that Goyal has made offers to bring in a small amount of additional capital,” Etihad chief executive Tony Douglas wrote, in a communication to both SBI and the aviation ministry.

Adding: “Therefore, I reconfirm that the additional fund support being requested from Indian lenders will not have pledge of shares of Etihad nor any kind of corporate guarantee from Etihad.. (though) Etihad would facilitate discussions with HSBC and Mashreq for terming out the existing facilities.

"But, we would not be able to persuade them to provide additional funding support."

Douglas also warned of an imminent risk that the lessors of planes to Jet could ensure a grounding of the aircraft, trigerring a cessation of operations.

“Further, the business is unable to fund continuing operations from the end of this week, without immediate and substantial additional funding.

"The company has also informed us that your team is fully aware of this.

"I am concerned that without emergency funding to the company, our joint efforts to formulate a resolution plan will run out of time." SBI-led consortium may hold around 40% stake in Jet 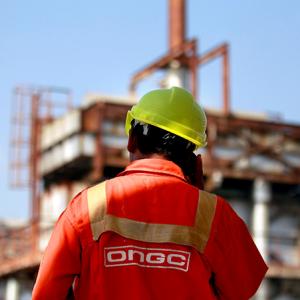