The government was planning to come up with a new fiscal model giving 'special incentives' for fields that were given out on nomination to ONGC and Oil India, reports Shine Jacob. 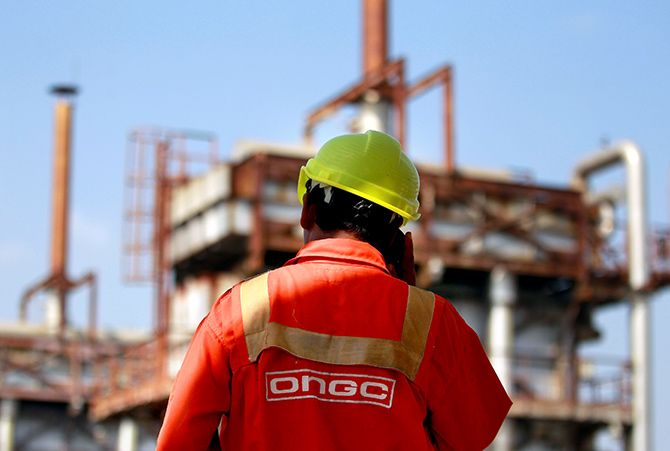 IMAGE: A technician is pictured inside a desalter plant of Oil and Natural Gas Corp on the outskirts of Ahmedabad, India, September 30, 2016. Photograph: Amit Dave/Reuters

Giving a major boost to government-owned Oil and Natural Gas Corporation and Oil India, the government is planning to come up with a new fiscal model giving 'special incentives' for fields that were given out on nomination to these companies.

This will also give companies the freedom to bring in private players to ramp up the production.

Petroleum Minister Dharmendra Pradhan said earlier this week that his government was working on giving "incentives to the exploration and production sector, especially those under the nomination regime and special incentives to difficult fields under that regime".

This include blocks that were allocated to the two National Oil Companies -- ONGC and OIL -- to whom petroleum exploration licences were granted on nomination basis prior to the New Exploration Licensing Policy and Open Acreage Licensing Policy rounds.

The move by the government to bring in private parties for the nomination blocks of State-run companies had raised protests among employees.

"The freedom to bring in private players to increase production will be given to the boards of the respective companies," Pradhan added.

The government launched the second round of OALP auction on Monday, which is likely to see investment to the tune of around Rs 40,000 crore.

In the current round, at least 14 blocks are on offer, with 30,000 square kilometre area on offer.

Out of the 14 blocks on offer, 10 are based on expression of interests submitted by various companies, while four are carved out by the government based on data received through the national seismic programme.

Pradhan said the government was also in advance stages of finalizing OALP-III, with approximately 32,000 sq km on offer.

Pradhan added India was set to see massive investment to the tune of $300 billion in the next 10 years.

"In the Krishna Godawari basin alone, the three majors -- ONGC, BP Plc and Reliance Industries -- put together will be bringing in investments of around $20 billion.

"Cairn (Vedanta) and others too have lined up massive plans," he added.

Out of the total 311 exploration blocks awarded so far, under discovered field, Pre-NELP and National exploration licencing policy rounds, 178 blocks are operational.

Based on the data available with the ministry of petroleum, after the ninth round of NELP, a total of 117 companies are operating in India, of which 48 are foreign companies.

"After OALP 1 -- where we participated in all 55 blocks, the second round early in 2019 demonstrates the government's strong intent to becoming an energy-sufficient nation. We hope more E&P companies will take advantage of this opportunity to drive up domestic production and contribute to India's growth story.

"Continuing to drive such conducive policies will develop an investment environment that attracts both domestic and global participants as well," said Anil Agarwal, Chairman, Vedanta Resources.

Agarwal's company had won 41 blocks out of the total 55 on offer under the first round of OALP. 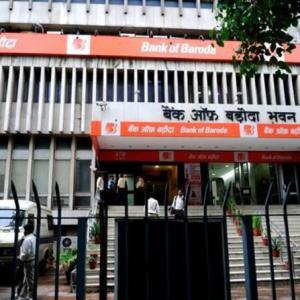