Japan's economy slips into a recession 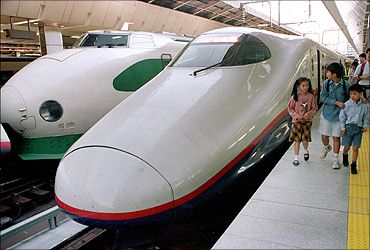 Japan's economy unexpectedly slipped into recession in the third quarter, setting the stage for Prime Minister Shinzo Abe to delay an unpopular sales tax hike and call a snap election half-way through his term.

Gross domestic product (GDP) fell at an annualised 1.6 percent pace in July-September, after it plunged 7.3 percent in the second quarter following a rise in the national sales tax, which clobbered consumer spending.

The world's third-largest economy had been forecast to rebound by 2.1 percent in the third quarter, but consumption, and exports remained weak, saddling companies with huge inventories to work off.

Abe had said he would look at the data when deciding whether to press ahead with a second increase in the sales tax to 10 percent in October next year, as part of a plan to curb Japan's huge public debt, the worst among advanced nations.

Japanese media have said the prime minister, who returns from an Asia tour on Monday, could announce his decision to delay the hike for 18 months as early as Tuesday and state his intention to call an election for parliament's lower house, which ruling party lawmakers expect to be held on Dec. 14.

An economic adviser to Abe termed the economic slide "shocking," and urged the government to consider steps to support the economy.

Abe is expected to tell officials to start work on an economic package when he announces the tax hike delay. Officials have already signalled a package was coming, but said it would not require fresh government bond issuance.

"This is absolutely not a situation in which we should be debating an increase in the consumption tax," Etsuro Honda, a University of Shizuoka professor and a prominent outside architect of Abe's reflationary policies, told Reuters.

No election for parliament's lower house need be held until late 2016, but political insiders say Abe wants to lock in his mandate while his ratings are relatively robust. Next year he is expected to push ahead with unpopular policies such as restarting reactors that went off-line after the Fukushima nuclear crisis and a shift away from Japan's post-war pacifism.

Facing a divided and weak opposition, Abe's Liberal Democratic Party (LDP) is expected to keep its majority in the lower house, but it could well lose seats. As election talk heated up last week, a poll by NHK public TV found that Abe's voter support had fallen 8 percentage points to 44 percent from a month earlier.

A senior LDP lawmaker said the data made Abe's decision to postpone the tax hike certain and that he expected the premier to call a snap poll, arguing that his "Abenomics" strategy to re-energise the economy was working but needed more time.

"The prime minister feels strongly that he wants to make certain of the economic trend so I think he will put off the sales tax rise from next October," the lawmaker told Reuters.

But he added it was vital to recommit to a firm date for the rise in the levy, or risk upsetting investors worried about Japan's debt, already more than twice the size of its economy.

Even before the GDP announcement, Abe appeared to suggest he was leaning towards delaying the tax hike, telling reporters travelling with him in Australia that raising the tax rate would be meaningless if deflation returned.

The yen slipped on the poor GDP reading, with the dollar briefly pushing to a seven-year high above 117 yen. The benchmark Nikkei stock average fell 2.6 percent.

Abe inherited the sales tax plan when he took power in December 2012, pledging to revive the economy with his "Abenomics" mix of ultra-easy monetary policy, spending and reforms.

The LDP, its smaller ally and the then-ruling Democratic Party enacted the legislation requiring the tax to be raised unless economic conditions were judged too weak.

Economy Minister Akira Amari said the GDP data showed the April hike to 8 percent from 5 percent had made it harder than anticipated for the public to shake off their deflationary mindset.

Household spending is stagnating, with housing investment and corporate capital spending down, Amari said, while finding a bright spot in strong corporate profits.

Private consumption, accounting for about 60 percent of the economy, rose 0.4 percent from the previous quarter, half as much as expected. Wage growth has not kept pace with price rises, so a key mechanism of Abenomics is not working yet.

Some economists, however, said growth could improve in the October-December quarter.

© Copyright 2021 Reuters Limited. All rights reserved. Republication or redistribution of Reuters content, including by framing or similar means, is expressly prohibited without the prior written consent of Reuters. Reuters shall not be liable for any errors or delays in the content, or for any actions taken in reliance thereon.
Related News: Liberal Democratic Party, Bank of Japan, GDP, Akira Amari, NHK
SHARE THIS STORY
Print this article 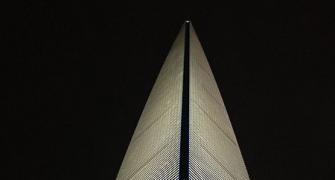 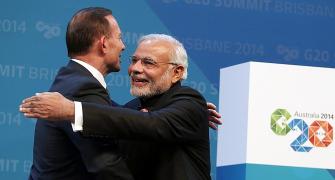 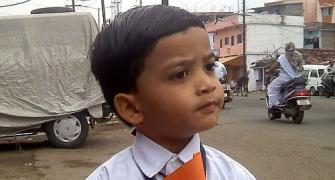 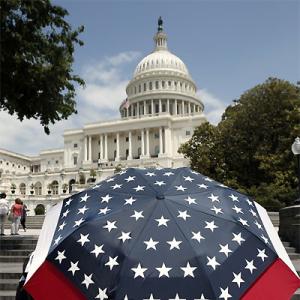 World's 10 BIGGEST economies, India at No 3