The most recent face-off between the SJM and the Aayog has been over the drug pricing control regime. 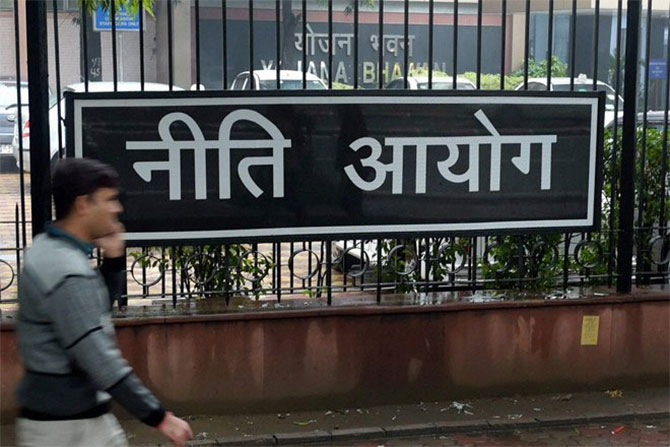 The Swadeshi Jagran Manch (SJM), an economic policy think tank affiliated to the Rashtriya Swayamsevak Sangh, has accused the NITI Aayog and bureaucrats of three key central ministries of trying to sabotage the prime minister’s vision of making medicines accessible to the poor at affordable prices.

In a letter to the PM, the SJM has accused the NITI Aayog of pursuing an agenda that is “against national interests and fundamentally anti-poor.”

It said the Aayog and bureaucrats were working in a “concerted fashion to lobby for crass commercial interests of the pharmaceutical sector.”

The SJM, which has representation of senior RSS leaders in its working committee, has asked the government to take “corrective measures”, as the NITI Aayog has lost sight of its foundational principles.

SJM’s co-convenor Ashwani Mahajan said the Aayog was working as a “lobby centre” to push the agenda of multinational corporations, particularly in health and agriculture.

The Modi government had constituted the NITI (National Institution for Transforming India) Aayog as a successor to the Planning Commission on January 1, 2015, to foster cooperative federalism.

However, barely two-and-a-half years since its creation, the SJM and other Sangh Parivar outfits such as the Bharatiya Kisan Sangh and the Bharatiya Janata Party farmers’ cell have in recent weeks protested the support of the Aayog to Genetically Modified (GM) crops and its suggestions that farm incomes be taxed.

The most recent face-off between the SJM and the Aayog has been over the drug pricing control regime. In a letter to the PM on May 1, SJM co-convenor Mahajan accused the government’s think tank of “preparing to sabotage the drug price control regime”.

“NITI Aayog has failed in its objectives. On issues of GM crops and drug pricing, it is working as a lobbyist for MNCs. We hope corrective measures are taken,” Mahajan told Business Standard.

He said the SJM has received wide support from across the country for flagging the anti-poor role of the NITI Aayog, along with that of bureaucrats in ministries of health and family welfare, commerce and industry, and chemicals and fertilisers for putting obstacles in the way of PM’s vision of providing medicines at affordable prices to the poor.

These include the Bharatiya Kisan Sangh, Bharatiya Mazdoor Sangh and the Akhil Bharatiya Vidyarthi Parishad.

BJP farmers’ cell chief Virendra Singh, who criticised the recent NITI Aayog suggestions to tax farmers’ income, said the Aayog has been taken over by western-educated economists with little understanding of India. “Its role in policymaking needs a relook,” he said.

Mahajan said the Planning Commission was scrapped as its approach was top-down and it never consulted the states. “But NITI Aayog hasn’t met any of its objectives, like fixing a poverty line or a road map for Make in India.

Instead, its economists are lobbying for corporates when the taxpayers foot their salaries. This is why we were compelled to the write to the PM,” Mahajan said.

In the letter to the PM, the SJM lauded Modi for his statements to make drugs accessible to the poor. “Unfortunately, your departments are acting against what you have promised the people of India,” the letter stated.

Under Right to Information, the SJM has also accessed minutes of a NITI Aayog meeting on October 19 to discuss regulating the pharmaceutical sector.

“The minutes make it evident that NITI Aayog is putting obstacles in the PM’s plan, and that too without any discussions with stakeholders,” Mahajan said.

He said the Aayog’s three-year action plan also tries to subvert the PM’s efforts on drug pricing. In the letter, the SJM said the National Pharmaceutical Pricing Authority (NPPA) has done a remarkable job to control retail prices of essential medicines, including coronary stents, but “plans are afoot to sabotage the NPPA, possibly by dismantling it altogether.”

Mahajan said a ‘committee for ensuring enhanced accessibility of drugs to the poor’ has been formed on March 31, 2017.

“Its real purpose is to pander to the pharmaceutical companies, undermine the good work done by the NPPA and ultimately to abort any attempt to do effective price control and make medicines affordable in India,” the letter stated.

It further stated that the “NITI Aayog has a history of aligning with the vested interests in the relevant ministries to dismantle the regime of price control and wind up the NPPA.”