India might continue to underperform in an Asia and emerging market context if the weak dollar-long oil and related long commodity trade continues to play out, according to Christopher Wood, managing director and equity strategist at CLSA.

In his weekly note, GREED & fear*, Wood says investing in India remains the most effective way of diversifying from China risk in an Asia or emerging market portfolio. He advises investors not to give up on the long-term equity investment story in India. He, however, cautions that valuations are not cheap.

“Investment spending is happening in India right now financed by the government, with clear evidence of accelerating spending on roads, railways and defence. GREED & fear and fund managers are still waiting for the evidence of a private sector-led investment cycle, which remains conspicuous by its absence,” Wood says.

Adding: “There is still no reason to assume that an accelerating investment cycle will kick off this year. The first reason is the continuing low capacity utilisation of the corporate sector. The second, and more important, reason is the continuing legacy of non-performing assets in the banking system. Most of the problem loans in India relate to corporate exposure by state-owned banks, although the problem also extends to private-sector banks that have lent to corporates.”

In this backdrop, Wood suggests that stock selection in India remain relatively low-beta given the lack of any conviction here on any near-term upturn in the investment cycle.

The Narendra Modi-led government completes two years in May 2016. Despite passage of select Bills in the Lok Sabha, the government’s reform agenda has been mostly stuck due to lack of adequate numbers in the Rajya Sabha.

On Thursday, the Lok Sabha approved the Bankruptcy Bill that seeks to overhaul century-old laws that regulate insolvency. The bankruptcy law, according to Wood, has the potential to be a game-changer for the distressed debt sector.

“The progress being made in the banking sector, as well as the many other long-term structural reforms introduced by Modi, means the market is building a powerful base in the context of the extended period of consolidation. GREED & fear is also assured by those in the know that Prime Minister Narendra Modi is fully focused on the issue since he understands that a clearing of the problems in the banking system is necessary if he is to meet his growth agenda,” Wood says in his note.

Going ahead, he expects the rupee to remain relatively stable and low-beta in an emerging market context given that Reserve Bank of India Governor Raghuram Rajan is consciously targeting real interest rates in stark contrast to the negative rates being targeted by G7 central bankers.

“This is why GREED & fear continues to like the Indian fixed income story, which for now continues to remain more straightforward than the Indian equity story. In GREED & fear’s view, Rajan’s policy is refreshing in the context of the monetary quackery going on in the G7 world, quackery which the Indian central bank governor has done the best job of criticising among all the world’s central bankers,” Wood says.

* Greed and fear refer to two intrinsic emotional states relating to the topic of unpredictability of stock market. 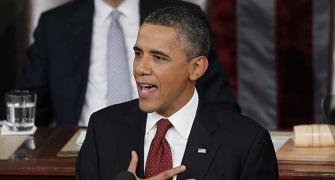