All companies that have 50% or more employees from outside the US to pay a higher visa fee of $10,000 for each such staffer, against  $4,500 at present

The government has told the US that the latter’s under-discussion legislation to change the rules on H-1B and L-1 work visas is against World Trade Organization (WTO) rules. It has warned that if the law is passed in its present format, India is likely to challenge it at the WTO’s dispute panel. 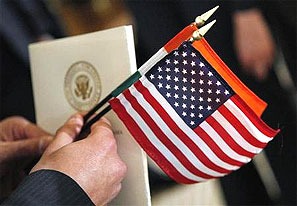 The draft legislation, officially called the H-1B and L-1 Visa Reform Act of 2013, has been proposed by a bipartisan group of eight US senators. It is going to be discussed during the visit of US secretary of state John Kerry when he comes here for the India-US Strategic Dialogue on June 24.

“The way it is (the legislation) at present, it has an effect on the WTO commitment. At an appropriate time, we will look at whether we need to contemplate a challenge or not. We will not hesitate to challenge the matter at the WTO if the law is passed,” a top government official told Business Standard.

This increases the entry burden on companies which employ more non-Americans; these are mostly Indian information technology companies.

The draft also has a provision wherein the non-American companies will have to provide wages at the average of those in the US. All this while, Indian companies such as Infosys, Wipro and Tata Consultancy Services had taken advantage of the fact that they did not have to pay at this rate to non-immigrant staffers. The new provision would also be expensive for American companies availing services from these firms, perhaps making these unviable.