Two years ago, Myanmar was to the Association of Southeast Asian Nations (Asean) what Bihar was to India: Dogged in its isolation, a region with low development indices and one the West loved to hate -- a state perpetually on the defensive. However, Myanmar's growth has also been as rapid as that seen by Bihar.

Ravi Ailawadhi, chief executive of Vihaan Networks, has seen much change in the last few months he's been here. His company secured a contract for mobile connectivity on highways, using GSM technology and solar power.

"We came to this country 10 or 11 months ago, and found the government supportive of our plan to connect the country. We launched field trials and quickly went into business. We got our first contract in September. The Myanmar government's priority is to link villages through a mobile network. It found our idea of using solar power appropriate. So, we are connecting the 600-km highway between Yangon and Mandalay through a mobile network," he told Business Standard.

Jubilant Energy chief executive Ajay Khandelwal was equally bullish on prospects in Myanmar. Through an open global tender, his company had secured the rights to explore an onshore oil block. The company had forayed into Myanmar in June 2011 and had already landed one project, with the government promising more.

"For us, our activities in the Northeast synergise with those in Myanmar. So, it was logical for us to make the move," he said. As Myanmar does not allow business without a local partner, Jubilant's local investor holds 22.5 per cent equity in the consortium. Myanmar has no prescribed foreign direct investment caps. The local investor can, therefore, invest as little as five or 10 per cent sweat equity.

No Indian who has set up a business here appeared to have paid anything to anyone to sweeten the deal, something people in other Southeast Asian countries would find hard to fathom.

In his address to industry chambers here, Prime Minister Manmohan Singh reiterated India's commitment to contributing in Myanmar's development. For this, he asked the Indian industry to come forward, and promised more banking channels to help it.

"Sanctions are being lifted. But the window is very, very small," warned the Confederation of Indian Industry's Supriya Banerjee, who was in Yangon as part of the delegation of Indian businesspeople. "It is just a matter of time before Western business saturates the country. Indian business has to move fast," she added.

At a meeting of businessmen, the chairman of the Myanmar Development Resource Institute reminded the audience that Prime Minister Manmohan Singh had turned India around in 1991. "He is an economist of world renown who has turned India into what it is. India and China -- Myanmar is sitting between these two big economies -- are both determined to take us along. We, too, want to avail of this," he said.

Myanmar would hold the chairmanship of the Asean in 2014.

Singh said in its intentions, India was neither expansionist, nor exploitative. He added growth was best when it was inclusive, reconciliatory and did not damage the environment. 'It is only meaningful political and economic reform that can give each citizen the right and freedom of opportunity to realise his or her potential," he said.

His remarks were possibly meant as much for the audience in India, as for the rulers and people of Myanmar. 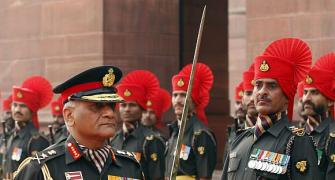 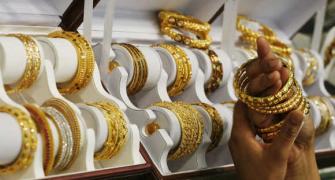 Why gold is set to continue GLITTERING 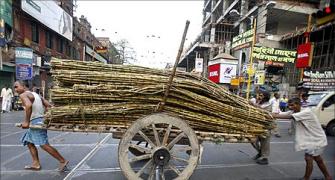 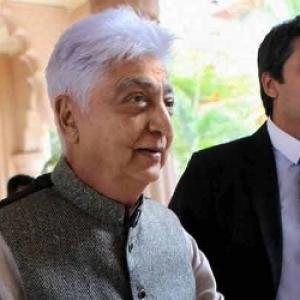 Meet the man who will step into Azim Premji's shoes 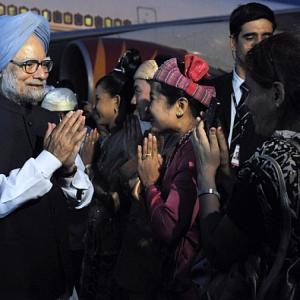