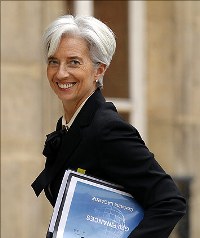 The executive board of the International Monetary Fund has expressed full confidence in its Managing Director Christine Lagarde, who is facing a criminal investigation in France linked to a 2008 political corruption probe.

The highest decision making body of the IMF met at its headquarters in Washington on Saturday in the wake of the corruption charges that have surfaced against its chief.

"As we have said before, it would not be appropriate to comment on a case that has been and is currently before the French judiciary," the the 24-member IMF Board said in a brief statement.

"However, the Executive Board has been briefed on recent developments related to this matter and continues to express its confidence in the Managing Director's ability to effectively carry out her duties," it added.

Lagarde, 58, has been questioned about her role in awarding compensation to businessman Bernard Tapie in 2008. She denies any wrongdoing.

Lagarde was France's minister of finance at the time of the award.

Lagarde was placed under formal investigation by the French authorities on Wednesday.

She described the case against her as ‘without merit’.

Formal investigations in France do not necessarily lead to charges, but indicate that a magistrate believes there are signs of wrongdoing.

Investigators suspect Tapie was granted a deal in return for his support of Nicolas Sarkozy in the 2007 presidential election.

Tapie sued Credit Lyonnais over its handling of the sale, alleging the partly state-owned bank had defrauded him by deliberately undervaluing the company.

His case was later referred by Lagarde to a three-member arbitration panel which awarded the compensation.

Lagarde said last year that her decision to refer Tapie's long-running dispute with Credit Lyonnais to a panel of judges was "the best solution at the time".

She replaced Dominique Strauss-Kahn as IMF managing director in 2011. 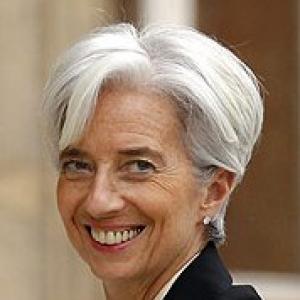 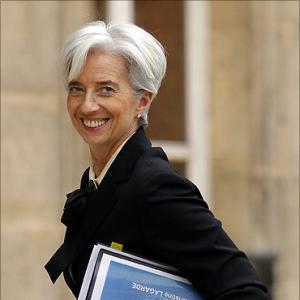