The rupee fell and bond yields surged on Friday after retail inflation spiked to its highest on record, raising expectations for another rate hike by the Reserve Bank of India and adding to the woes of the embattled government.

RBI chief Raghuram Rajan said on Thursday he was ‘very uncomfortable’ with the inflation reading, a comment that probably seals the case for him to deliver his third rate increase next Wednesday, despite a weak economy.

"Given the upside surprise, and the possibility of higher food prices feeding into core, we see risks that the RBI may tighten earlier than expected," Goldman Sachs said in a note following the data.

"We continue to expect the repo rate to go up to an above- consensus 8.5 per cent by end-June 2014," it said, a move that would mark another 75-basis-point increase from the current policy rate.

For the week, it fell 1.1 per cent, after three successive weeks of gains.

Sharply higher food prices drove up retail inflation to 11.24 per cent in November from 10.17 per cent in October, data released on Thursday showed.

Some traders even flagged the prospect of a surprise 50- basis-point hike by the RBI, though most still expect a more modest increase of 25 basis points.

High inflation has been a key factor behind the Congress government's poor showing in recent state elections and it can ill-afford continued discontent among its support base of primarily poor people ahead of general elections due by May.

Factory output, however, showed a contraction in October, muddying the waters for the central bank, which will also be under pressure from the government to support a fledging economic recovery.

"After such a print and statement, he (Rajan) now has to hike rates next week - hurting the growth outlook, or lose credibility, both of which would be INR-negative," said Dariusz Kowalczyk, a Hong Kong-based strategist with Credit Agricole CIB.

"The government is bound to pressure him not to do so given the unfavourable growth impact ahead of H114 elections, and we expect the INR to keep falling," he said.

© Copyright 2022 Reuters Limited. All rights reserved. Republication or redistribution of Reuters content, including by framing or similar means, is expressly prohibited without the prior written consent of Reuters. Reuters shall not be liable for any errors or delays in the content, or for any actions taken in reliance thereon.
Related News: Reserve Bank of India, Raghuram Rajan, Photograph, Mumbai
Print this article

Why rupee fall is good for India 'Rupee at its current value is well corrected' 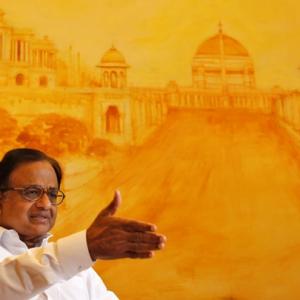