In the broader market, the S&P BSE Midcap and the S&P BSE Smallcap indices gained 0.5% and 0.4%, respectively. 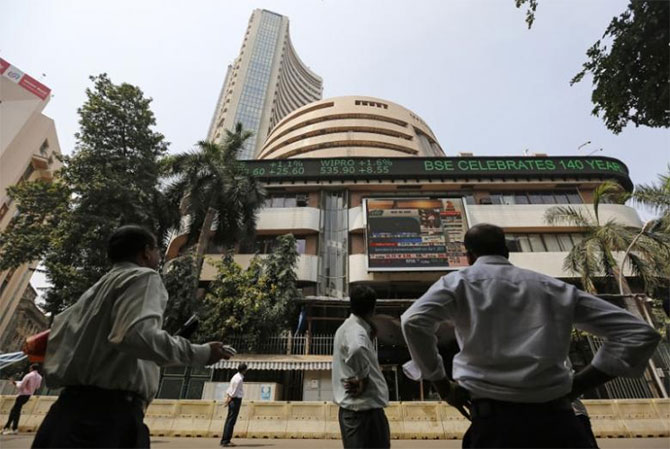 The benchmark indices settled higher on Thursday as banking stocks climbed on a government's move to tackle surging bad loans, with ICICI Bank up over 9% after it said additions to non-performing loans would be lower this year.

The Union Cabinet, led by Prime Minister Narendra Modi, on Wednesday approved a new framework for dealing with Rs 6 lakh crore worth of non-performing assets (NPAs) in the banking system.

The framework includes the promulgation of an Ordinance to amend the Banking Regulation Act to give more teeth to the Reserve Bank of India (RBI) and its oversight committees to act on behalf of banks while deciding on NPAs. The proposals are now awaiting the President’s assent.

In the broader market, the S&P BSE Midcap and the S&P BSE Smallcap indices gained 0.5% and 0.4%, respectively.

The market breadth, indicating the overall health of the market, was slightly positive. On the BSE, 1,431 shares rose and 1,423 shares declined. A total of 150 shares were unchanged.

"Government is one step closer to new NPA policy and national steel policy has given some energy to the market from current consolidation. Banks are in a sweet spot due to new framework to deal with NPA and better quarter results.

US Fed kept the rates on hold amid slow pace in economic growth but the market is not expecting any deviation from two more hikes during the ongoing calendar year," said Vinod Nair, Head of Research at Geojit Financial Services.

ICICI Bank hit 20-month high of Rs 298, up 9.2% on the BSE after the private sector lender reported a nearly three-fold jump in its standalone net profit at Rs 2,025 crore in March 2017 quarter. The bank had logged profit of Rs 702 crore in the year-ago quarter.

Steel makers rose after the cabinet on Wednesday approved a proposal to make the use of local steel mandatory for government's infrastructure projects, aimed at boosting the sales of local companies.