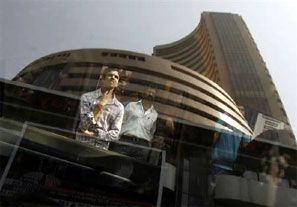 Benchmark indices ended flat, amid a choppy trading session, as investors turned cautious on concerns that the weak monsoon would further accelerate inflation while the continuing crisis in Iraq also weighed on sentiment.

However, IT stocks firmed up on the back of upbeat performance from Accenture Plc.

Asian shares ended weak, weighed down by a weak performance on Wall Street and doubts about the strength of the U.S. economy, which pushed bonds higher. China's Shanghai Composite and Singapore's Straits Times lost 0.1% and 0.2%, each.

Furthermore, Japan's Nikkei share average fell to its lowest in 10 day on Friday as investors took profits, while overall sentiment suffered from brewing concerns over a weak US economy and the yen's strength. On the other hand, Hong Kong's Hang Seng gained 0.1%.

Monsoons remained inadequate (31% below average) till 25th of June. The shortage of rainfall is bound to hurt farm output and spur inflation, thus reducing the scope for monetary easing by the central bank.

Investors sought refuge in the defensive Pharma space with Ranbaxy Laboratories ended 5% to Rs 497 on reports that it has received the US Food and Drug Administration (US FDA)'s approval to sell a generic version of Novartis's hypertension medicine, Diovan.

IT shares jumped on the back of improving demand environment after Accenture Plc reported better-than-expected revenue for the third quarter ended May 31, 2014

because of higher demand for its consulting services. TCS, Wipro and Infosys ended up between 1.1-3.7% each.

Among other gainers, index heavyweights ITC and Reliance closed 1.1% and 0.1% higher, respectively

On the other hand, Auto shares and Capital goods shares which zoomed yesterday on the news of extended tax cuts have ended in the negative zone on the account of profit booking. M&M, Tata Motors and Maruti Suzuki lost between 0.7%- 1.5%, each. Also, BHEL and Larsen lost 2.6% and 0.3%, each

Select Oil and Gas shares ended in red after the Modi-led government deferred the oil price hike yesterday. ONGC lost 0.01% and GAIL slumped 1.3% after fourteen people were killed and 20 were injured in a blast and fire at a gas pipeline in Andhra Pradesh during the morning hours, thus raising safety concerns over the country's energy projects.

The broader markets, BSE Midcap and Smallcap indices ended in line with their larger counterparts and closed marginally up 0.2% and 0.4%, each

Man Infraconstruction closed 20% higher at Rs 180, extending its previous day’s gain, after its board approved stock split in the ratio of 5:1.

Havells India ended 6.5% to Rs 1,175 ahead of board meeting on Monday to consider sub-division of equity shares of face value of Rs 5 a share to a lower denomination.

Reliance Capital ended up 1.7% to Rs 635 on BSE on a report that Japan's Sumitomo Mitsui Trust Holdings Inc may buy 10% stake in the Anil Ambani-owned company by paying $400 million for new shares.

SRF closed 11% higher to Rs 590, also its record high on the BSE, on back of heavy volumes. 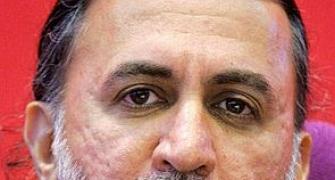 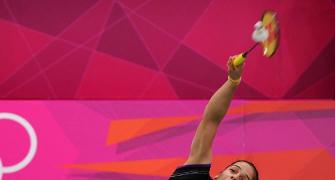 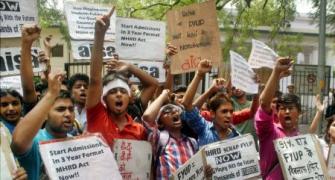 Will the markets see a pre-Budget rally?