New norms will help the sector come out of the shadow of the PCMC Act, but compliance costs and legal scrutiny could rise. 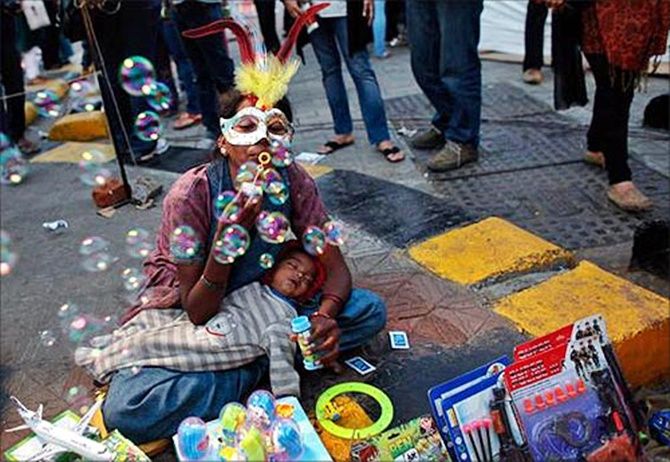 William Pinckney, the then managing director of Amway India, one of the largest direct selling players, along with two other executives, was arrested.

And, they had to spend a couple of weeks in jail on charges of “cheating distributors and unethical circulation of money”, under provisions of the Prize Chits and Money Circulation Schemes (Banning) Act 1978 (PCMC Act).

The Act gives power to the police to seize, seal and arrest on the basis of a complaint. The direct selling sector’s brush with provisions of this Act was not new, and it left many players with bruised egos for many years.

The pet peeve of the sector has been that law enforcement agencies often failed to draw a distinction between the pyramid marketing schemes run by direct marketers, and those of fraudulent money- pooling schemes.

Following the Pinckney episode, industry players stepped up efforts to clear the regulatory landscape for the direct-selling segment.

Last week, the central government for the first time came out with guidelines to regulate the sector.

These included provisions to protect consumers and bringing the relationship between companies and their agents under the provisions of the Indian Contract Act, 1872.

While stepping up compliance provisions for companies and their agents, the advisory to state governments was to set up a mechanism to monitor and supervise the activities of direct sellers.

However, industry experts say this is just the beginning of a long journey for direct-selling players to give legal sanctity and protection to their business.

The biggest takeaway from the guidelines, say industry players, is that it gives a clear definition of pyramid schemes, drawing a distinction between legitimate direct selling and the fraudulent money-pooling schemes.

That takes care of a key concern of the sector with enforcement agencies often mistaking legitimate direct selling for fraudulent schemes.

As Jagota points out, it is too early for the sector to presume that the guidelines will give legal protection to direct selling.

“The Department of Consumer Affairs has been named the nodal agency to deal with the issues related to direct selling and there has been reference to the Consumer Protection Act, 1986 in guidelines,” says Jagota.

But, this is yet to gain legal sanctity as the current Consumer Protection Act does not define direct selling.

According to consumer rights activist Bejon Kumar Misra, founder of Consumer Online Foundation, more clarity on the functioning of the direct selling sector will emerge only after the government includes the provisions of the guidelines in the proposed Consumer Protection Bill, 2015 which is expected to be taken up in the winter session of Parliament.

Moreover, action on implementation of these guidelines will shift to the states that have to come up with the mechanism to monitor and supervise the activities of direct sellers.

“The next important step is to ensure the states adopt these guidelines quickly as that is where the implementation will happen,” says Anshu Budhraja, CEO of Amway India.

State governments will need to adopt and implement these guidelines locally through regulation, which will have the legal force and effect, says Upasana Rao, partner, Trilegal.

IDSA’s Jagota says that the PCMC Act still remains a concern at the state level.

“We have to make the enforcement agencies in the states aware of the current guidelines,” he adds. Moreover, relevant amendments are needed in the PCMC Act to clear schemes run by direct-selling companies from the scope of the Act.

Legal experts point out that while the guidelines make it easier for consumers to approach the consumer courts and obtain relief, they also provide a formal framework for players when it comes to their obligation towards consumer protection.

Direct-selling entities are required to register themselves, have a physical office location and follow prescribed practices in engaging and training direct sellers.

Moreover, direct sellers will be remunerated based on actual sales, and not recruitment of members.

They are also expected to enter into written contracts directly or indirectly with the direct-selling entity.

There are some grey areas, too. “There is ambiguity as to whether a direct seller will fall under the definition of trader or consumer who buys goods for self-employment. Difficulties exist in proving the inter-se contractual arrangements and rights and obligations,” says Akila Agarwal, partner, Shardul Amarchand Mangaldas & Co.

However, once the regulatory framework falls in place, industry players need to get their act in place. Ajay Khanna, country head, Herbalife International India, says the new guidelines will entail higher compliance costs for companies.

“We need to educate our associates, and align our systems and processes in line with the new provisions.”

The upside for the direct-selling sector, according to Vivek Katoch, director (corporate affairs) at Oriflame India, is that the lifting of regulatory haze and the resultant transparency in the operations will give Indian and foreign companies more confidence to invest and expand in the Indian market.

THEN, NOW & THE ROAD AHEAD

What do the guidelines entail