How brands are wagging the digital tail Traditional brands are taking the digital route to engage with their customers; hoping to win friends and loyalists in the process

Be it unknown tales of heroism, cross-border love stories, or just fun and banter, companies such as Pepsico, Mondelez, DBS Bank, and a host of other corporate denizens who are also among the largest advertisers in print and television are seeking a digital narrative for their brands.

According to Nielsen India (Super Viewers: Powering the desi digital revolution) online viewership in India has doubled since 2011.

India is poised to have nearly 500 million users on the Internet by 2018, suggests another report by Mckinsey & Co and Facebook. None can turn a blind eye to such compelling statistics.

Naturally therefore, the digital medium is much sought after, even by companies from the pre-Internet age.

Driving their digital foray are three key factors: Customers, especially youth in metros, engage with the digital space far more than they do with the physical world; the need to counter the rising influence of e-commerce companies; and since the medium is measurable it makes it easier to be cognizant about consumers’ pulse.

The second phase of the campaign released short digital films of real life heroes -- one of the films had Arunima Sinha, the first Indian female amputee to climb Mt. Everest.

According to the company, over 4000 consumers participated in this campaign and the twitter handle trended three times nationally.

Further, it received around 10 million calls for registration; over 11million views and more than 2,00,000 shares.

Engaging the consumers and handing over the reins of the campaign to them was a big part of the whole exercise.

“We invited people who are or know of such unrecognised, real heroes who have risen above fear, broken out of the ordinary and emerged victorious,” said Jaitly.

In the digital world, it is the consumer who eventually designs the architecture of the brand story.

It is no longer enough to place an ad in print or television and let fuzzy logic dictate future marketing strategy.

To effectively deliver the message, conventional brands need to understand the consumer neuroscience.

Ashok Lalla, digital and marketing advisor says, “A brand should realise that today it is less about what it tells people it is, but more about what people tell other people it is.”

Lakshmipathy Bhat, marketing communications professional and profit centre head at Robosoft, believes, “If a brand’s presence in new media is treated like an appendage the effort will show.

Companies must also learn to be experimental. The ‘Chilli-Paneer’ campaign by the Development Bank of Singapore, for example was launched on YouTube as a series of 4-minute episodes.

The cost of the entire campaign (September-October 2014) was about Rs 5-6 crore. The film explores the relationship between a Singaporean man and an Indian woman with the bank playing mediator.

Sheran Mehra, group strategic marketing and communications head at DBS Bank says, “We wanted to set up a dialogue with our consumers and establish our key values such connectivity, relationship building.”

When taking the brand story to consumers, Ashok Lalla says, it has to be real and not too flashy.

“It is difficult, if not impossible to totally control the brand narrative as it unfolds in the digital space,” he says.

Bhat thinks a brand can skip the Twitter/Facebook presence for its campaign if it can’t exploit platform’s characteristics.

He says, “In that context, I thought ‘Play with Oreo was spot on as it was in line with the overall brand proposition.”

Cadbury Oreo’s ‘Play with Oreo’ campaign is currently running on digital screens and has attracted a lot of attention on social media platforms.

Back in 1999, when ‘Cluetrain Manifesto’ one of the definitive studies on the impact of the Internet on marketing was released to the web, it predicted that conventional marketing techniques would become obsolete as consumer conversations online would define the role and nature of brands.

A decade and a half later, events seem to playing to script. 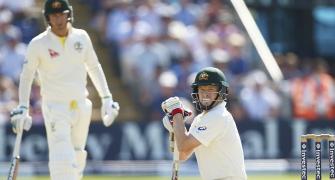 England are in a happier position, says Rogers