As pilot Klaus Plasa lifts his 70-year-old, grey-green Messerschmitt Me-109 fighter off the runway, clapping breaks out among the aficionados of historic aircraft that crowd Berlin's ILA 2010, the world's oldest air show. The Me-109, which delights the crowd with its aerobatics, is the legendary Luftwaffe (German Air Force) fighter that memorably clashed with Royal Air Force Spitfires in the skies of England during the Battle of Britain in 1940.

Close on Plasa's heels flies a restored Messerschmitt Me-262, the world's first jet-engine fighter and unmatched in aerial combat when it entered Luftwaffe service in 1944. Historians believe, had Hitler not waited two years for the fighter's design to be absolutely perfect, the Me-262 might have won the air war for the Germans.

While these World War II fighters held crowds spellbound at the ILA 2010, which wound up on Sunday, Indian visitors focused on another small aircraft that could soon fly the skies of India: The Grob-120TP, which has been offered as a basic trainer aircraft for the Indian Air Force (IAF).

Its German manufacturer, Grob Aircraft, submitted a tender in April along with Embraer of Brazil; Pilatus of Switzerland; Raytheon of the US; Finmeccanica of Italy; and Korea Aerospace Industries for the Indian purchase of 75 trainer aircraft.

While these 75 trainers are being procured, Bangalore-based Hindustan Aeronautics Limited will design and manufacture an additional 106 basic trainers, dubbed the Hindustan Turbo Trainer -- 40 (HTT-40). In building the HTT-40, HAL plans to leverage its experience in designing a more advanced trainer, the Sitara Intermediate Jet Trainer (IJT), which is currently being test flown.

All this stems from a major crisis in the basic training of IAF pilots, caused by the grounding of its entire fleet of notoriously unreliable HPT-32 Deepak trainers. In recent years, 19 IAF pilots have died in 17 Deepak crashes, mostly caused by the engine shutting down due to fuel supply interruptions.

The Deepak, like most other basic trainers worldwide, comes without ejection seats but, so desperate is the need to keep the training going that IAF has even proposed fitting each Deepak with a Ballistic Recovery System -- a giant parachute that can safely bring down a stalled aircraft slowly with the crew still in their seats.

But the search for a new trainer has begun in the earnest and Grob's aggressive two-pronged strategy targets not just the 75 trainers in the tender, but the 106 trainers that HAL proposes to build as well.

Grob's strategy: Surprise HAL with the technological excellence of the Grob-120TP; and then -- when HAL realises that it cannot match the Grob trainer -- offer HAL a substantial partnership in Grob's global supply chain in exchange for letting Grob supply an additional 106 Grob-120TP aircraft.

Given HAL's technological excellence in manufacturing composites cheaply, Grob is happy to source from HAL. IAF will be happy with a single basic trainer that is already training Israeli, French, German and Canadian air force pilots, rather than waiting for an untried HAL trainer. And, HAL would have eliminated developmental risks, while obtaining an assured customer.

"For HAL to supply 106 aircraft to the Indian Air Force is one thing, but producing fifty, sixty, seventy components for us, for the global market, over a long period of time, is another thing," says Johann Heitzmann, CEO of Grob Aircraft.

"Depending upon the outcome of the tender for the first 75 aircraft, all the participants will have to go and look at the cards one more tim0e and see what they sense."

Technologically, Grob is on solid ground; the Grob-120TP is two generations ahead of the Deepak and is the world's lightest trainer with ejection seats for both pilots. The Grob-120TP's digital glass cockpit, built by Israeli company, Elta, allows rookie pilots to fly mission-specific sorties that were only possible earlier in advanced trainers.

Finally, Grob claims this trainer, built entirely of maintenance-free, lightweight composites, is half the price of its rivals and three times cheaper to fly and maintain. Sources indicate that the Grob-120TP has been offered to India for $3-4 million apiece.

"We are going to completely surprise everyone when they open the tender bids and see how affordable this aircraft is," promises Andrew Martin of Martin-Baker, the company that fitted the Grob-120TP with ejection seats. "Every hour in another trainer is probably the cost of 10-15 hours in a Grob I am sure this will strike a chord with the IAF HQ."

While these claims will be tested by IAF during user trials in September and October, the second prong of Grob's strategy will become evident when it submits offsets proposals on July16. Besides sourcing composite airframe components from HAL, a JV already created between HAL and Elbit  called HALBIT Avionics Ltd  is likely to produce a large part of the Grob-120TP's avionics.

IAF fighter pilots undergo three stages of training. Basic, or Stage-1 training was done on the Deepak; to replace these trainers, IAF is buying a new aircraft. 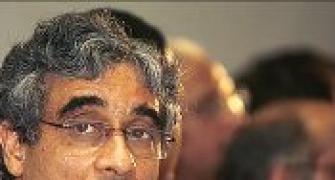