In its new avatar as the Department for Promotion of Industry and Internal Trade (DPIIT), it will directly be responsible for 'the welfare of traders and their employees'. Amidst a controversy regarding rules for e-commerce in the country, the government has armed the Department of Industrial Policy and Promotion (DIPP) with more policy oversight to assume singular control over the retail trade sector.

The DIPP had till now set the rules for foreign direct investment (FDI) in e-commerce and physical retail. In its new avatar as the Department for Promotion of Industry and Internal Trade (DPIIT), it will directly be responsible for 'the welfare of traders and their employees', a gazette notification published on Tuesday said.

The gazette added that DIPIT will continue to remain in charge of ease of doing business, and start-ups.

Internal trade has till now remained the domain of the Department of Consumer Affairs, from which certain divisions are set to be transferred to the new DPIIT, a senior official said.

The two departments have clashed in the past regarding the formulation of rules, most notably the proposed National Retail Policy.

The latest change is set to create a singular agency with firm taxation and operational control over the sector.

He added this will ensure structured and systematic growth of internal trade.

DIPP was established in 1995, subsequently being reconstituted in 2000 with the merger of the department of industrial development.

Commerce and Industry Minister Suresh Prabhu is set to take a final call on whether to extend the deadline for the new guidelines for FDI in the e-commerce sector.

Both India-based retailers and major e-commerce entities remain confused over the scope of the rules in question, after a series of policy changes by the government.

The initial rules issued by the department of industrial policy and promotion (DIPP) had tightened on FDI in the e-commerce space.

It had sought to restrict moves such as flash sales and deep discounting, also banning the sale of private labels on such platforms.

Amazon India and Walmart-owned Flipkart are running pillar to post in a final effort to get an extension on the February 1 for a new set of rules on FDI in e-commerce.

If their effort fails, both firms believe, they might have to cut the numbers of sellers on their platforms (a million combined) by as much as 30 per cent.

Rival trader bodies are planning to lobby for the opposite case. 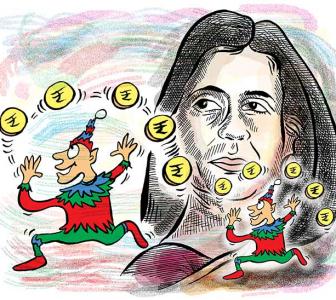 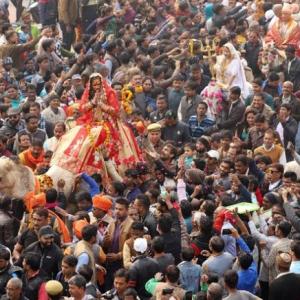