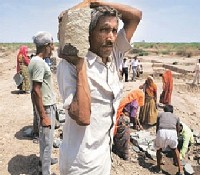 The job card holders who have completed the existing maximum limit of 100 days of employment under Nrega A will also now be employed for an additional  25 days. A decision to this effect was taken by Reddy at a review meeting.

The state government is targeting to disburse Rs 50,000 crore (Rs 500 billion) crop loans next year. The government had already asked the officials to prepare a plan for this, said Reddy.

The Polavaram project was likely to get national status shortly and the state government would make efforts to get similar status to another project - Pranahita-Chevella project, according to a release.

Under Jalayagnam, 86 projects have been taken up and 12 were completed while another 20 were partially done to provide irrigation to 2.5 million acre.

In next three years, another 43 projects would be ready and bring 3.8 million acre under irrigation. The government has decided to issue loan eligibility cards to tenant farmers to enable them to take loans from the next kharif season, a release said. 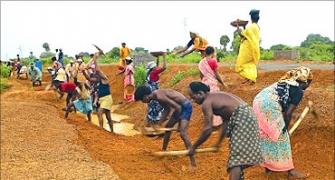 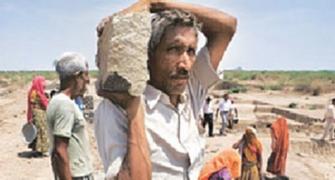 How NREGA failed to curb distress migration in Rajasthan 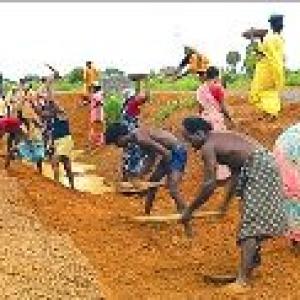 NREGA wages to be hiked