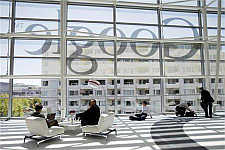 Google's core Internet business grew net revenue of 23 per cent in the first quarter, softening the effect of a sharp decline in its Motorola mobile phone division.

He noted that Google's adjusted profit of $11.58 per share benefited from a significantly lower tax rate due to a retroactive research and development tax credit. Without that benefit, Rohan said Google would have missed Wall Street's earnings target of $10.66 per share.

The world's No.1 Internet search engine, Google has stepped up efforts to adapt its business to a rapidly changing technology landscape in which consumers are increasingly accessing the Web using mobile devices instead of PCs.

The company's Android operating system has leaped past Apple Inc's iPhone and its iOS software to become the most popular smartphone software, used on more than 70 per cent of devices, according to industry research firm Gartner.

"It's classic Google. There's plenty of things to like and some things not to like," said BGC Partners analyst Colin Gillis.

Google CEO Larry Page spent much of the conference call discussing new products such as the Google Glass wearable computers and high-speed fiber networks that the company is developing, which he said were vital to the company's future success.

"If you look at most companies they never do anything different, and eventually they run into problems for that reason," said the 40-year-old Page, who co-founded Google in 1998 with Sergey Brin.

would offer a variety of improvements over current smartphones, with features such as longer battery life and better resistance to shattering or damage from spilled drinks.

For now however, the Motorola business continues to be a drag on Google's consolidated results, said Gillis of BGC Partners.

Seven analysts polled by Reuters had yielded an average forecast of $9.78 billion.

"There was nothing exceptional about the top line. But I think CPC rates are again incrementally a little bit better," said Needham & Co analyst Kerry Rice, referring to Google's cost per click rates.

Google's search ad rates have been under pressure as more consumers access its online services on mobile devices such as smartphones and tablets, where advertising rates are lower than on PCs.

In February, Google changed the way marketers run ad campaigns on Google, blurring the distinction between ads destined for PCs and mobile ads, in a move that some analysts believe could help bolster Google's overall ad prices.

Google also recently converted its shopping search feature to an all-advertising based system, in which retailers are required to buy ads featuring photos of their products in order to be included in the search results. More than one billion products are now listed, Google Chief Business Officer Nikesh Arora said during the conference call.

Overall first quarter net income, including its money-losing Motorola Mobility mobile phone business, was $3.35 billion or $9.94 per share. That compares with net income of $2.89 billion or $8.75 per share in the year-ago period, before Google acquired Motorola.

Consolidated revenue in the first quarter was $13.97 billion, versus $10.65 billion in the year-ago period.
Alexei Oreskovic
Source:

© Copyright 2022 Reuters Limited. All rights reserved. Republication or redistribution of Reuters content, including by framing or similar means, is expressly prohibited without the prior written consent of Reuters. Reuters shall not be liable for any errors or delays in the content, or for any actions taken in reliance thereon.
Related News: Google, Motorola Mobility, BGC Partners, CPC, Jordan Rohan
Print this article 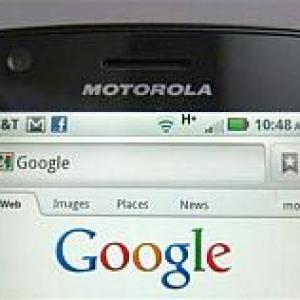 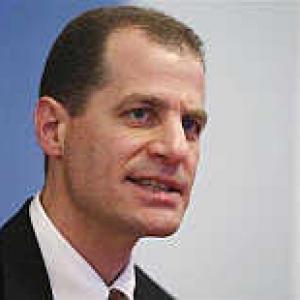