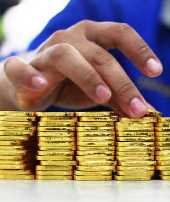 The sharp fall in gold prices could be the first sign of a deeper problem for gold loan companies and some banks.

The Reserve Bank of India has capped the loan-to-value ratio for gold loan companies at 60 per cent.

But the scrap value -- the actual value of jewellery (minus making charge), in 24-carat gold, if sold -- is 75 per cent.

No wonder, companies have swung into action.

“If the value of the underlying security has declined significantly, we are requesting customers to give additional collateral or repay part of the loan.

"We are following up with them through phone calls, emails and also meeting them, whenever required. If we find that a customer is not responding positively to our request, we are expediting the auction process,” said the chief financial officer of a Kerala-based firm.

He said his company could reduce the LTV for new loans by 300-400 basis points.

For banks, RBI has not prescribed any limit, but some like State Bank of India (SBI) have LTV of 70 per cent.

SBI Chairman Pratip Chaudhuri on Wednesday said his bank might have to review its LTV in the event of a further fall in gold prices.

Muthoot Finance MD George Alexander Muthoot said his company had factored in a 15-20 per cent fluctuation in gold prices in its business model.

But many lenders acknowledge they do not have enough margins if the downtrend continues.

According to industry estimates, 60 per cent of India’s Rs 1-lakh-crore

gold loan market is controlled by the organised segment.

NBFCs, which include Muthoot Finance, Manappuram Finance and Muthoot Fincorp, have a market share of 75-80 per cent. Gold loan companies charge as much as 25-30 per cent interest.

According to Muthoot, the impact of fluctuations could be minimal, since borrowers have pledged household jewellery.

"These factors reduce abandonment of jewellery, bringing down the possible risk due to gold price fall,” he said.

Meanwhile, Icra on Thursday downgraded ratings of Manappuram and Muthoot from stable to negative on grounds that the correction in gold prices had led to a significant increase in the proportion of higher LTV (more than 80 per cent) in Manappuram’s overall portfolio in less than a month -- from around 12 per cent to 61 per cent.

For Muthoot, the delinquencies rose from 3.01 per cent to 7.29 per cent during the same period.

“Going forward, delinquencies could rise further. So, any further decline in prices could add to the pressure on asset quality, the report said.

Rahul Bhasin, managing partner in Baring Private Equity Partners, which has stake in both Manappuram and Muthoot, says: “Companies will have to lend to more customers to maintain the size of their loan books and, hence, suffer some loss in operating leverage.

"The danger, of course, is that sometimes the hysteria might lead to repayments being stretched to cause temporary strain. But it’s not likely to matter much in the medium to long term.”
Joydeep Ghosh, Somasroy Chakraborty and Dev Chatterjee in Mumbai/Kolkata
Source: 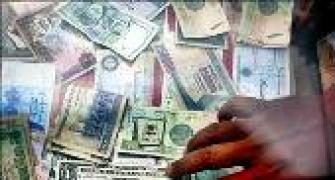 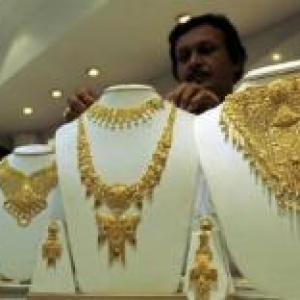 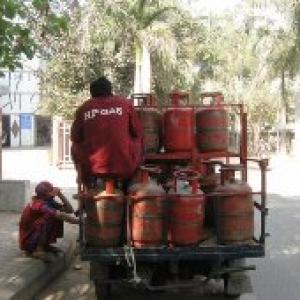