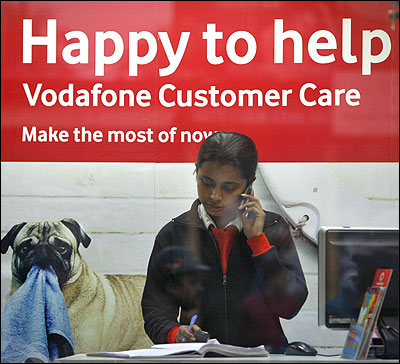 Telecom major Vodafone's long-pending tax dispute with the government might be heading for a resolution, with the finance ministry considering changing the Income-Tax Act's retrospective amendment and taxing indirect transfer of assets prospectively from 2012, the year the law was clarified.

Alternatively, the ministry could consider issuing a circular to waive off interest and penalty in all such cases. But officials say that alone might not help the government shed the 'tax terrorism' tag, so the best possible solution could be doing away with retrospective taxation.

"In all probability, retrospective tax will go. The Income-Tax Act may be amended to clarify that Section 9 would be applied prospectively," said a government official asking not to be named.

Though Vodafone has slapped an international arbitration notice on India in this case, the fact that the Constitutional validity of retrospective amendment has been challenged by some affected companies in various courts could be more worrying for the government.

IHC Mauritius Corporation and SABMiller had filed writ petitions in the Bombay High Court, while McLeod Russel India Ltd had challenged retro taxation in the Calcutta High Court. According to experts, if the courts rule in these companies' favour, there could be more trouble for the government.

"To address the dispute, the tax department needs to remove from the Act only one line that says the amendment will apply retrospectively from April 1962. That looks like the only ideal solution," says Sunil Jain, partner at J Sagar Associates, a law firm.

Amendment to Section 9 of the Act, introduced in Budget 2012-13 by then finance minister Pranab Mukherjee, mainly affected Vodafone. The company had won the case in the Supreme Court but the apex court's decision was upturned by this amendment.

Asked about revenue loss to the government if a waiver was given, the official said there were very few similar cases and the amount involved would not be huge. "Besides the tax due from Vodafone, there would be a few thousand crore rupees more from other companies," he explained.

However, the issue before the government, if it makes the tax prospective, would be refunding the taxes already paid by some companies.

The tax department had slapped a Rs 7,900-crore demand on Vodafone for its 2007 acquisition of Hutchison Whampoa's assets in Hutchison-Essar (now Vodafone India) in foreign deals. A 100 per cent penalty and interest on the demand takes the total to over Rs 20,000 crore.

"We don't have a strong case to levy penalty. But, since no assessment is pending against Vodafone, it cannot approach the Settlement Commission for a penalty waiver. The government can issue a circular to waive off penalty and interest," said another official. J Sagar's Jain, however, said not all companies would be willing to pay even the principal amount, as their case might slightly differ from Vodafone's.

Meanwhile, the finance ministry is drafting a reply to Vodafone's arbitration notice. It will insist that tax issues not be covered in the India-Netherlands Bilateral Investment Promotion Agreement, under which the notice was served.

Former finance minister P Chidambaram had last year proposed conciliation with Vodafone. However, that proposal was withdrawn later, as Vodafone wanted to club another transfer-pricing case in the conciliation.

Meanwhile, the Cabinet had asked the finance ministry to wait for the Income Tax Appellate Tribunal's order on the transfer-pricing issue.

But Vodafone reportedly said it did not see any merit in waiting for the ITAT order. Also, Vodafone wanted conciliation under the United Nations Commission on International Trade Law, while the government did not want it outside the Indian Arbitration and Conciliation Act.

$500-million deal between GE and Genpact

A 2006 deal between SABMiller and Fosters 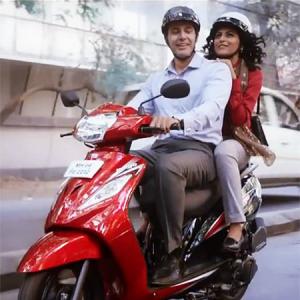 TVS Wego gets an update (and here's why it matters)