The highest collection target has been given to Mumbai at Rs 4.39 trillion, followed by Delhi and Bengaluru.
Shrimi Choudhary reports. 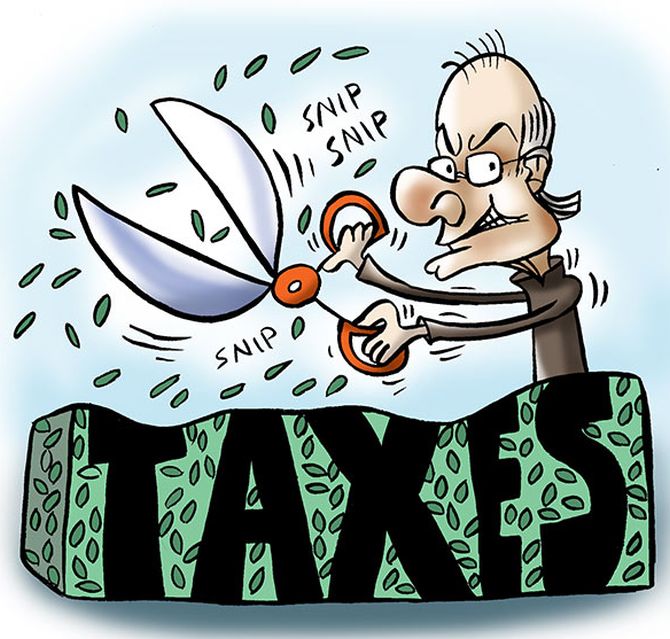 A day after the election results, the ministry of finance has moderated the tax collection target for smaller cities, while increasing it for bigger centres like Mumbai and Delhi for the financial year 2019-2020.

However, the total budgetary target has been kept unchanged at Rs 13.8 trillion as announced in the interim Budget.

In a circular to the income-tax department, North Block said the Budget target has been fixed keeping in view the revenue potential of the area.

This has been calculated 'based on the weighted average growth rate of the net collections of last three years, giving highest weight to the immediately preceding year,' said the circular sent out to principal IT commissioners on Friday, May 24.

According to the circular, the target has been set after taking all factors into account.

'Factors significantly affecting the potential of revenue for a particular region has been also taken into consideration for making necessary adjustments in the region wise target as to allocate budget estimates "reasonably and equitably",' it said.

According to the new allocations of target, the highest collection target has been given to Mumbai at Rs 4.39 trillion, followed by Delhi and Bengaluru.

The lowest tax collection target has been allocated to Nagpur and Guwahati at Rs 5,726 crore and Rs 9,821 crore, respectively.

According to the 2019-2020 interim Budget, of the Rs 13.80 trillion direct taxes, the ministry set the target to raise Rs 7.60 trillion from corporate tax and Rs 6.07 trillion from personal income tax.

This is higher than the Rs 6.71 trillion estimated to be collected from corporate tax and Rs 5.29 trillion from personal I-T in FY19.

Sources say it is unlikely that the government would lower the budgetary target for direct tax collections for this financial year despite the shortfall in the previous financial year.

It is learnt that that some sections of the people have requested the ministry and the tax department to rework its FY20 direct tax target estimated in the interim Budget before presenting the final Budget in July.

The shortfall in FY19 means that the department has to achieve 23% to meet the new target.

This is so because the tax officials had struggled in the previous financial year to meet the scaled up direct tax collection target of Rs 12 trillion.

The Central Board of Direct Taxes has yet to put out the official figures of the last financial year collection, but a source in the department said it is close to Rs 11.5 trillion (the original projection).

However, experts believe that lowering the budgetary estimate would have direct impact on the fiscal deficit. And in the present scenario, it is difficult to achieve the estimated 3.4% fiscal deficit target for the current financial year.

It was equally difficult to achieve the revised FY19 projection of 3.4%. The target had been crossed by 3.4% till February.