In the first ever public-private collaborative effort to develop a commercial product in the area of fibre optics in the country, CSIR's premier laboratory Central Glass and Ceramic Research Institute in Kolkata has transferred the technology for the high-end amplifier to Cochin's Network System Technology (NeST) group.

CGCRI director H S Maiti told PTI that the amplifier, a key component of cable networks, was an assembly of a special kind of optical fibre and a series of electronic inputs which, when fitted intermittently along cable lines, restored energy loss during transmission and ensured high quality picture, sound and connectivity.

Cable TV service providers and telecommunication companies currently import the optical fibre amplifiers at a cost of around Rs 5 lakh per unit but indigenisation would cut this cost by almost half.

CGCRI, which also holds the patent for the special Erbium doped fibre used in the amplifier, has developed the product in collaboration with Central Electronics Engineering Research Institute, Pilani, NeST and Optiware Photonics, Hyderabad.

"The demand for this type of amplifier is increasing in the country. The commercial agreement would enable us to sell it in the national as well as international markets," Maiti said about the Erbium-doped Fibre Amplifiers to be formally launched by Union Science and Technology Minister Kapil Sibal in Kolkata on Sunday.

The 'fibre-to-home' technology would now be a reality in the country providing consumers high-end all-purpose connectivity through a single fibre optic cable, he said.

EDFA bypasses the need for conversion of optical waves into electronic waves and their subsequent de-conversion into optical waves for restoration of energy losses during transmission.

"Conventional amplifiers work through a process of conversion and deconversion but the rare earth element Erbium used in EDFA absorbs light at one wavelength and emits it in another wavelength working like a kind of laser," S K Bhadra, a senior scientist with CGCRI's fibre optics group, said.

The end result is clear picture quality without interference from electromagnetic sources, higher carrying capacity per cable (enabling delivery of hundreds of TV channels), improved connectivity in teleconferencing and Internet and reduced costs of convergent technologies.

The fully indigenous amplifier would help do away with the earlier restrictions on cable TV networks to expand beyond city limits into unchartered territory by providing a cost-effective solution.

Maiti said the amplifiers could be used for long distance transmission including a cross-country telecommunication network.

"EDFA is currently receiving a great deal of attention for carrying a large volume of information. It has the potential of revolutioning the delivery systems of BSNL, VSNL and other major emerging telecom industries in India," he said.

EDFA has been successfully tested with major service providers in two metro cities -- RPG Netcom and Cablecom in Kolkata and Incable, Mumbai. 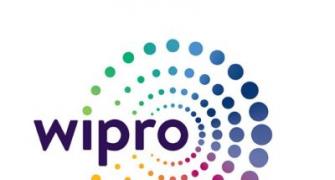