Green shoots are mechanical rebound, don't read much into it: Subbarao

Subbarao said, short-term as well as medium-term prospects or Indian economy continue to be grim.

Fiscal deficit is going to be much higher, the debt burden much larger and the financial sector will be in a worse shape. 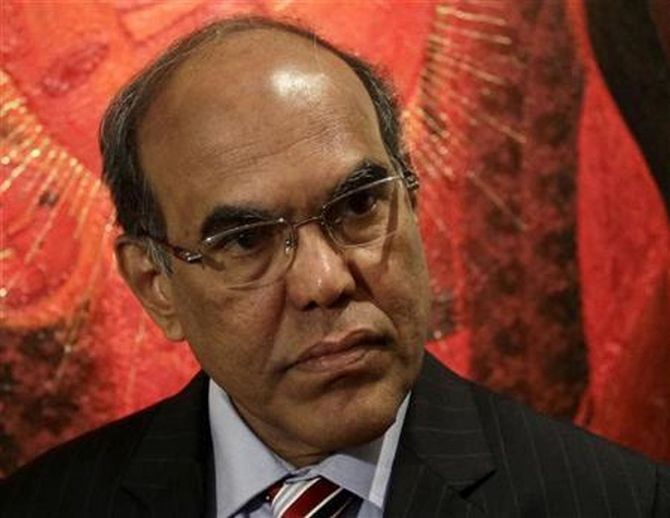 Calling 'green shoots' of economic revival as a mechanical rebound, former Reserve Bank Governor D Subbarao says India's short and medium term growth prospects continue to remain grim and the government should not read too much into the economic activity coming back from the depressed base of lockdown.

Indian economy was in a troubled state when the pandemic hit the world.

"I don't believe we should read too much into the green shoots that you refer to.

“What we've been seeing is just a mechanical rebound from the depressed base of the lockdown; it will be misleading to see it as a signal of a durable recovery," Subbarao told PTI in an interview.

He said the "short-term as well as medium-term prospects (for Indian economy) continue to be grim".

"The pandemic is still spiralling, the number of daily cases is rising and it is spreading to newer regions," he added.

On India's medium-term growth prospect, the former RBI governor said that the economy was in a troubled state when the COVID-19 crisis hit India.

"When the crisis is behind us - and I hope that is soon enough - these problems are going to be much bigger.

“Fiscal deficit is going to be much higher, the debt burden much larger and the financial sector in a worse shape," he said.

The World Bank recently projected India's fiscal deficit to rise to 6.6 per cent of GDP in 2020-21 (April 2020 to March 2021) and remain elevated at 5.5 per cent in the following year. This compares to the 3.5 per cent target set by the government.

"Our medium-term prospects will depend on how effectively we resolve these challenges," Subbarao said.

With India's economic growth in pre-COVID 2019-20 fiscal slipping to the lowest in a decade, global and domestic agencies have indicated a sharp contraction in the GDP in the current fiscal.

The estimated contraction ranges from 3.2 per cent to 9.5 per cent.

This will be the first contraction in four decades.

Asked whether he sees any positive at all in this grim scenario, he noted that the rural economy has recovered better than the urban economy helped by several factors and the expanded MNREGA provided a lifeline when most needed.

Subbarao said that another big although less acknowledged positive is that the economy today has some basic safety-nets in place.

Citing an example, Subbarao said that 40 million urban labour went back to their villages post COVID-19 induced lockdown and despite that there have been no reported cases of mass starvation or hunger.

"Throw your mind back 20 years or even 15 years, and it's easy to imagine how easily this could have turned into a story of hunger, destitution and death.

“That story did not play out is a testimonial not just to this government but to successive governments over the last several decades," he emphasised.

On criticism that the government is not spending enough to help the nation tide over the economic crisis, the former RBI governor said he does believe that it is critical for the government to borrow and spend more.

"Indeed, government spending is the only growth driver we have in the short term; all other growth drivers  - private consumption, investment and net exports - are all depressed.

"Besides, if the government does not spend more now to arrest the decline, many problems such as bad loans will only get even more intractable and take a much heavier toll on the economy," he argued.

Subbarao, however, added that government borrowing cannot be open ended, it should set itself a limit.

"That will force the government to be efficient, transparent and accountable," he noted.

Asked where he thinks additional spending should go, Subbarao opined that given the very limited fiscal space, more than ever, the government should aim to get the maximum bang for the buck.

"Spending can go either to spur consumption or production," he said, adding that he believes production should take precedence over consumption.

Noting that the RBI has already given guidelines for loan restructuring by banks, Subbarao said, "The government can chip in by taking some of the loan burden of MSMEs and of MUDRA loans."

The government also needs to spend a significant amount to recapitalize banks, and through that, provide support for recapitalization of NBFCs, he added.

"True, the RBI has not gone into as much uncharted territory as advanced economy central banks but there was no need to.

“A central bank cannot be expected to do something just because it is fashionable; it should make its policy as demanded by the macroeconomic circumstances," he said.

Besides, Subbarao noted that in comparison with advanced economies, we must remember that the markets are less forgiving of unconventional policies by emerging market central banks as compared to rich country central banks.

Asked whether having a universal basic income (UBI) would have made the problem simpler during COVID-19 pandemic, he said UBI is a neat idea, yet it is not clear that UBI is an unambiguously good idea.

"What is the guarantee that politicians will not convert UBI to a UBI plus? Giving subsidies is after all so politically intoxicating.

"So, we might end up in a worse situation than we are in now," Subbarao said.

Nevertheless, the balance of advantage may lie in adopting UBI provided, the government can institute some checks and balances for minimising the downsides, he added. 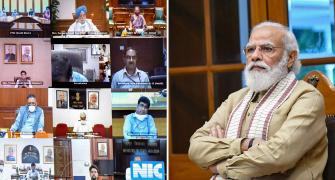 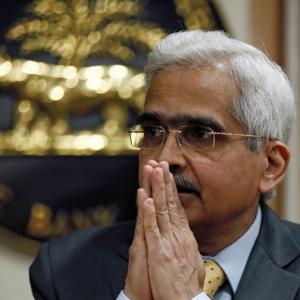