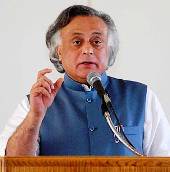 Minister for environment and forests Jairam Ramesh's ambitious plan to redesign the institutions of environmental governance has come up against serious resistance from environmental experts who say the concept does not address fundamental problems. Most have given it the thumbs down.

His idea of 'an effective model of environmental governance' centred on the establishment of an autonomous National Environment Protection Authority that will grant clearances and also ensure compliance with the regulations, has failed to cut any ice with the environmental lobby.

Even though Nepa, composed entirely of specialists, is envisaged as a statutory body free of the  control of the Ministry of Environment and Forests, critics say this will not bring about a fundamental change in the way projects are assessed and cleared.

Here's why. In Ramesh's concept, responsibility for legislation and policy-making will remain with the MoEF while Nepa will assume stewardship of enforcement and compliance.

Adjudication will be entrusted to the proposed National Green Tribunal, a Bill which has been introduced in Parliament. The tribunal itself has become controversial since it has restrictive clauses that limit access to this redressal mechanism.

Ramesh has outlined four models of Nepa, most of which are similar, except that in one case, the Central Pollution Control Board continues reporting to MoEF.

MoEF's blueprint would make it appear that the system is in for a thorough overhaul, but analysts say it will just be a cosmetic structural change, since the legal framework will continue to be set by the ministry.

Nepa will inherit the legacy of a faulty environment decision-making regime, point out Ashish Kothari and Kanchi Kohli of Kalpavriksh Environment Action Group, a Delhi-based advocacy organisation. The Nepa, as a body only to implement the flawed legislation, will not be any more independent of MoEF than other so-called autonomous bodies set up by the ministry in the past.

In a letter to Ramesh, they point out that "even if the Nepa is given statutory powers it will work with an Environment Impact Assessment notification which allows for rapid (and necessarily faulty) assessments, quick (and necessarily incomplete) appraisals."

Besides, the environmental crisis, the country is facing today also stems from an absence of sectoral and regional impact assessment procedures.

This point finds resonance across the board. Sharachchandre Lele, senior fellow at the Bangalore-based Centre for Environment & Development of the Ashoka Trust for Research in Ecology and the Environment, finds the major problem with the clearance process today is the environment impact assessment system.

Among the serious drawbacks: consultants are hired by the project proponents and EIAs are therefore shabby if not fake; a public hearing process diluted over the years till it has become a farce; the fact that no mandatory NOC is required from affected gram panchayats and that conceptually there are no clear standards on how and when clearance can be given.

"All these flaws can be rectified within the existing system -- we do not need an 'independent authority'."

As a consequence of this dilution, environmental clearances have been granted at a dizzying pace. Between January 1, 2008 and February 17, 2009, a total of 3,463 projects were assessed and 75 per cent were cleared; 24 per cent are pending and only 0.8 per cent has been rejected, according to an analysis by the Centre for Science and Environmental in Delhi.

Asked if he would call a meeting of stakeholders, Ramesh told Business Standard that he had already had consultations with state governments, and has "no plans to have formal consultations with NGOs since we have already received written submissions from them". But he refused to say if their concerns would be taken on board while finalising Nepa.

Industry, however, is happy on the whole with the proposed changes since it feels that Nepa would go a long way in ironing out the conflicts of interest.

"Environmental regulations, as they exist today, are a maze of rules and laws with overlapping jurisdiction. This has resulted in abnormal delays in the grant of clearances to the projects," says Shubhendu Amitabh, senior president, corporate affairs & development of The Aditya Birla Group.

He was Assocham representative on an expert committee set up by the department of economic affairs to speed up statutory clearances for industrial and infrastructure projects.

The committee's report recommending self-certification by industry, however, has not been implemented.

Amitabh believes that creating Nepa as "a full-fledged authority that subsumes CPCB would be an ideal proposition acceptable to most Industries".

This would allow the rich experience and the technical manpower of CPCB to be utilised to develop a strong Nepa. Reorganisation would probably bring in "a greater degree of transparency and hopefully less corruption", Leo Saldanha, convenor of Bangalore-based research and activist organisation Environmental Support Group, expects. But the consensus is that Nepa is at best a half measure.

For Saldanha, the main drawback of Nepa is that no effort is being made to democratise environmental and forest clearance. Without this the restructuring would be a pointless exercise.

The underlying concern that environmental lawyer and writer Videh Upadhyay emphasises is that no substantive changes have been proposed.

"No space has been created for setting new standards, for new civil and criminal liability norms," He points out. "Every time you have a problem, you create a new authority. This is not the answer to our environmental problems." 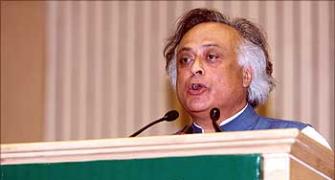 Interview with Jairam Ramesh, Minister of State for Environment and Forests

10 tips to manage a global project 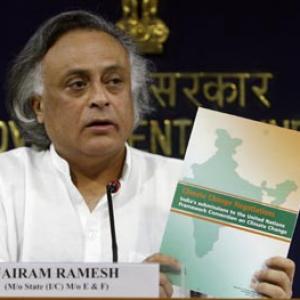