Within two days of the government's indication that the controversy-ridden S-band deal between the Indian Space Research Organisations's commercial arm, Antrix Corporation, and Devas Multimedia Pvt Ltd was heading for annulment, the latter expressed surprise and said it had not been informed of any such decision. 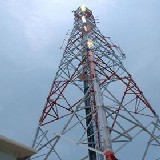 president and CEO of Devas, Ramachandran Viswan-athan said, "It is puzzling to hear about such a decision, especially as we have not been intimated. We have not received any communication from any quarter, government, Space Commission or Isro."

"At no point in time, we were indicated by the space commission, which has members from the PMO and Cabinet secretary, that this was on the cards," he said.

Isro chairman and secretary in the department of space, K Radhakrishnan, had said in a press conference on Tuesday that the decision to scrap the contract was taken in July 2010 itself by the Space Commission, following an internal review by Isro.

He'd said consultations were on at various levels of the government and a decision would be taken soon.

The Prime Minister's Office in a statement on Tuesday had also said the government had not taken any decision to allocate 'space segment' in the S-band spectrum to Antrix Corporation or Devas and the question of any revenue loss did not arise.

Viswanathan, however, claimed the project was on course till last week. "The satellite for the project has been constructed and is awaiting launch. In fact, in the last one month, we were discussing to go for a third-party launch, considering the recent problems with the GSLV launch. We have had absolutely no indication that this (cancellation) was on the cards," he said.

Viswanathan added that a substantial amount of foreign investment was involved in the project. Foreign Investment Promotion Board clearances and the requisite ISP licence for the project have already been taken and its cancellation now would have larger implications.

"In the last few days, we have tried to talk to senior members of the government and explain our situation. We have also put up a request before the Prime Minister for a hearing," he said.

Welcoming the constitution of a high-level committee by the Prime Minister under former cabinet secretary B K Chaturvedi to review the project, he said, "In order to cancel the deal, they need to notify us and discuss with us as per the agreement". Cancellation cannot be a unilateral process, he stressed.

On the course of action if the contract was cancelled, Viswanathan said it would be premature to say anything at this juncture other than that the company had a legally binding contract.

The company finds the calculation of a Rs 2 lakh crore loss figure completely erroneous. "The comparison with 3G both on the pricing and spectrum capacity count is highly inaccurate. CAG has not come out with its report as yet and we should wait for the report before jumping into any conclusion," he said.

"In 2005, DTH was not in existence and 3G was also not there, spectrum auction was also not thought of. Applying the 2010 situation retrospectively on a 2005 deal is not correct," he added.

He alleged that vested interests were trying to scuttle the deal and stressed the company was ready for a thorough review of the project and to talk to any agency to get the deal going. 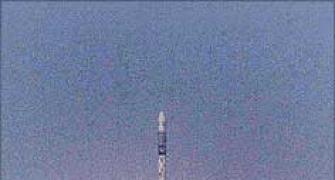