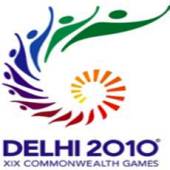 Concerned over reports that crucial documents pertaining to the Commonwealth Games may have been destroyed, the Comptroller and Auditor General of India has written to the Cabinet secretary, seeking to ensure that all documents are untouched till the audit is over.

The Cabinet Secretary, in turn, has approached the ministry of sports, which has written to the Games Organising Committee to 'ensure no records of the Office of the OC be moved outside its current premise till the audit is complete'.

"We were concerned. Since any damage to the papers would hamper our audit, we wrote the letter," said an official who is part of the audit team but didn't want to be named.

The day after the closing ceremony, the Prime Minister's Office had asked the OC to make sure all documents were kept safe.

Following this, a 'strong room' was created on the first floor of the OC's office under a vigilance officer.

A top functionary in the OC said CAG's fears were not unfounded. Three important files relating to the Games were missing.

The first relates to the Beijing trip undertaken by OC officials to study how China was conducting the Olympics.

The second is the file on Vijay Kumar Gautam, a Maharashtra-cadre officer of the Indian Administrative Service, who was the Chief Operating Officer of the OC till December last year.

Gautam is believed to have become close to Suresh Kalmadi when he was the Collector at Pune, Kalmadi's constituency.

The third relates to the Commonwealth Business Club of India, a joint effort of OC and the Federation of India, Chambers of Commerce and Industry for developing deeper economic and trade relationships among Commonwealth countries.

CAG officials involved in the audit say they wrote the letter to the Cabinet Secretary after hearing 'rumours' that on the day the Commonwealth Games ended the Delhi Police was asked to relax its security so that a 'bonfire' could be made of some papers.

While CAG has said it would submit the findings by January, the Central Bureau of Investigation, Central Vigilance Commission and the Prime Minister-appointed Shunglu Committee are also investigating the organisation of the Games.

'Australia's approach is to keep innovating'