Cutting-edge tech for all from Indian labs

Imagine this scenario. Pyarelal Shankar a grocery store owner in Haryana is not computer literate. Yet, he manages to regularly update his inventory online. 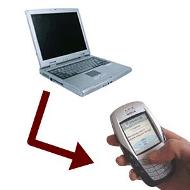 While pilots are yet to commence, HP Labs India says that in a year or two, it will be possible for rural folk like Shankar to perform such tasks with ease.

The lab is also working on applications that can help users keep an eye on what their kids are doing at home, using their cellphones. It is working on an application that will synchronise images from the camera installed at a user's home with the handset.

These developments are part of HP Labs India's mission of working on innovations for the next billion customers. One of six such global centres, HP Labs India says it's focused on "immersive interaction". "There are three components to intuitive and rich user experiences. One, developing compelling application services for the emerging markets especially for the small and medium enterprises and home users. Second, creating intuitive human computer interaction. Finally, developing a standard authoring tool so that people can develop any application they want," says Sudhir Dixit, Director.

HP Labs has also introduced a technology based on touch and gesture which does away with the need for a keyboard and mouse. "We have seen that people in the emerging markets are intimidated by the keyboard and mouse, because of which PC usage has not increased. The goal here is to make interaction with the personal computer, or PC, as simple as possible. So, we are making use of gestures, lip movement, facial recognition (to identify the user and make it secure) and touch," says Dixit.

Dixit hopes some of the gesture-based technology will get incorporated in HP's smart PC products and hit the market in the next year or two.

Labs of other tech companies are working on similar lines. IBM's 'Spoken Web' project, for instance, is a voice-enabled technology developed by IBM Research-India, which complements the internet, and enables people with little or no literacy, or those with visual impairment, to access and share information, perform business transactions, and create social networks using mobile or landline phones.

A couple of days earlier, IBM also announced a new collaborative research initiative with the National Institute of Design in India and the Research Center for Advanced Science and Technology, to explore an open, common user interface platform for mobile devices, aimed at making these easier to use for the elderly, and illiterate or semi-illiterate populations in developing countries.

"This collaborative research programme will result in critical insights to the accessibility requirements of the elderly and people with little or no education in developing nations," says Manish Gupta, Director, IBM Research - India and Chief Technologist, IBM India/SA. "With mobile phones becoming ubiquitous, these technologies will make key information sources accessible and relevant to a vast population."

Microsoft Research India - one of the six global Microsoft Research labs - also has its eye on innovation in the world of mobiles and PCs. Along with its global counterparts, the India lab is contributing to a project which "aims at leveraging the power of the cloud for mobile applications".

Microsoft's India lab, over the past five years, has grown to 50 fulltime researchers, established close collaborations with Indian academia and the government, as well as made research contributions to Microsoft, as in the case of Bing, among other applications, says Anandan. The lab is also exploring the possibility of teaming with Nandan Nilekani for the Unique Identity Authority of India project, with a proof of concept to be tested in two to three states in the next few months.

In December 2009, Microsoft had also introduced a set of transliteration tools that help users enter Indian language text into computers easily and quickly. Engineered by the Emerging Markets Labs team of the Microsoft India Development Center in Hyderabad, this technology is available both in the desktop and the web versions, and uses free-form transliteration and can be leveraged to support other non-Indian syllabic languages, too. The tool was available in six languages - Hindi, Bengali, Kannada, Malayalam, Tamil and Telugu. Support has now been extended for four more languages: Gujarati, Marathi, Oriya and Punjabi

Indian IT companies have other innovations. Like Tata Consultancy Services' mobile-based advisory platform 'mKrishi', which has started pilot projects in Maharashtra. The information system for farmers will help them access localised information and advice on agricultural issues through graphic and voice formats in local languages. mKrishi has been developed to provide personalised information and expert advice to rural farmers in their local language, using sensor technology. It is also adaptable to illiterate farmers, who can make a query from a cell phone using voice-specific functions. 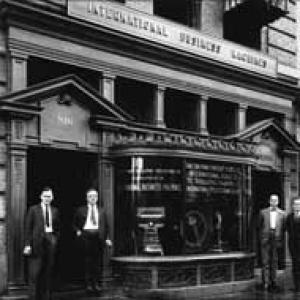 IBM got highest number of US Patents in 2009 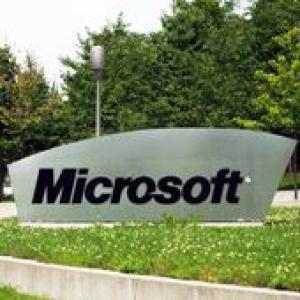