Prime Minister Narendra Modi on Thursday reviewed the impact of Covid-19 on the Indian economy and a possible second stimulus to boost sectors hit hard by the pandemic. 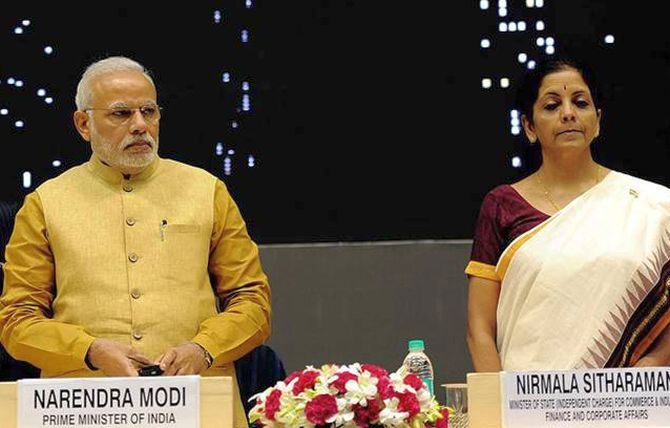 Modi held discussions with Finance Minister Nirmala Sitharaman as the pandemic hit sectors from small industries to the aviation sector hard with millions of jobs at stake.

The meeting comes amid drastic reduction in GDP growth forecast by various multi-lateral funding agencies for the current fiscal due to the impact of Covid-19 and consequent lockdown.

The state of the economy was discussed in details during the meeting, sources said, adding that resource mobilisation for taking on the future challenges was also highlighted.

As per the World Bank's latest assessment, India is expected to grow 1.5 per cent to 2.8 per cent. Similarly, the IMF on Tuesday projected a GDP growth of 1.9 per cent for India in 2020, as the global economy hits the worst recession since the Great Depression in 1930s.

The government constituted an empowered group -- headed by Economic Affairs Secretary Atanu Chakraborty -- which is entrusted with the task of suggesting measures that can bring back economy back on track quickly post the lockdown.

Besides, it was also asked to work on relief and welfare measures for various sectors of the economy as well as for the poor and needy.

In his address to the nation, the Prime Minister Modi had expressed concern over problems being faced by poor and daily wagers and farmers.

"The government has made every possible effort to help them through Pradhan Mantri Garib Kalyan Yojana. Their interests have also been taken care of while making the new guidelines," he had said.

To ease the pain and misery, Finance Minister Sitharaman last month announced a Rs 1.7 lakh crore stimulus that included free foodgrains and cooking gas to the poor for three months, and cash doles to women and poor senior citizens as it looked to ease the economic impact of the nationwide lockdown.

As per the announcement, 80 crore poor ration card holders will each get 5 kg of wheat or rice and one kg of preferred pulses free of cost every month for the next three months, while, 20.4 crore women having Jan Dhan bank accounts would get cash help of Rs 1,500 spread over three months.

Over 8.3 crore poor women, who were handed out free cooking gas connections since 2016, will get free LPG refills for the next three months, while poor senior citizens, widows and disabled will get an ex-gratia cash of Rs 1,000.

Sitharaman had hinted at more announcements if the need arose.

In a bid to save resources, the government has already put restrictions on expenditure and funds are being diverted towards the fight against Covid-19.

Besides, the Union Cabinet approved a 30 per cent reduction in salary and allowances of members of Parliament for one year.

The President, vice president and governors voluntarily decided to take a pay cut as a gesture towards the concerted effort to contain the spread of the deadly virus.

At the same time, the government has decided to suspend MPLADS and the funds would be directed towards improving medical infrastructure.

An MP gets Rs 5 crore every year as part of the Members of Parliament Local Area Development Scheme (MPLADS). 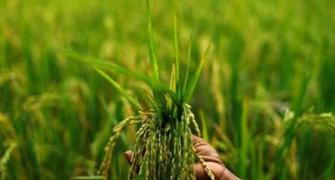 From April 20 you can order cellphone, fridge online